Under the MOU, the two sides will make efforts to explore fresh opportunities for and ways to further expand economic cooperation toward the goal of achieving emission targets and net zero down the road, SK said.

Renewable energy sources, such as hydrogen and carbon capture utilization, information and communications technology (ICT) are also among the sectors for cooperation, it said.

In Monday's meeting, Chey expressed his support for Hanoi's commitment to going carbon neutral by 2050 and promised to find good investment and business opportunities to contribute to such efforts, with policy support from the Vietnamese government.

SK Group has been tapping deeper into the Vietnamese market since it set up its Southeast Asia investment unit in 2018. The investment unit acquired a 9.5 percent stake in Vietnam's food-to-finance enterprise Masan Group Corp. and 6.1 percent in Vingroup, the country's largest conglomerate.

SK has said it is aiming to cut carbon emissions of 200 million tons, which account for 1 percent of the global target of reducing carbon dioxide emissions of 21 billion tons by 2030. 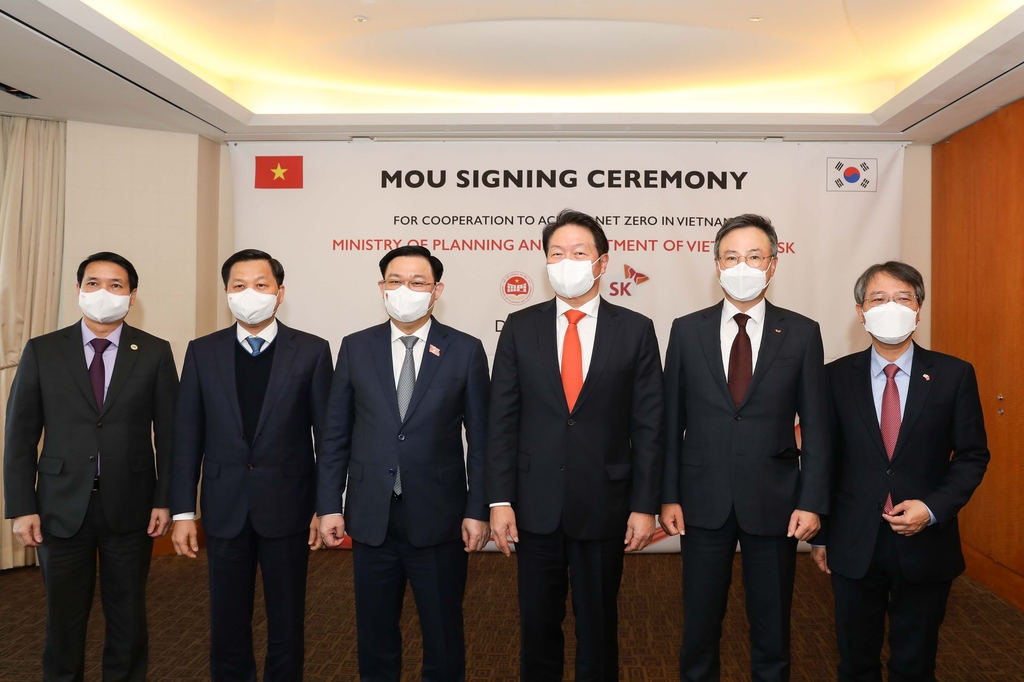