(ATTN: UPDATES with deaths, development throughout)

YEOSU, South Korea, Dec 13 (Yonhap) -- Three workers were found dead in connection with a chemical factory explosion at an industrial complex in the southern city of Yeosu on Monday, firefighters said.

The fire broke out at 1:37 p.m. at a petrochemical manufacturing factory in the Yeosu Industrial Complex in Yeosu, 450 kilometers south of Seoul.

While a total of seven people were working at a chemicals storage facility of the factory, three of them were found dead at a nearby plant, apparently due to the strong impact of the explosion.

The four others were confirmed to be safe, according to authorities.

Authorities have issued a level-2 warning, which enables them to call in support, including firefighters, from other areas.

But the call had been lifted as of 5:11 p.m., as firefighters had put out the fire completely.

Authorities said they are now looking into the exact causes of the accident. 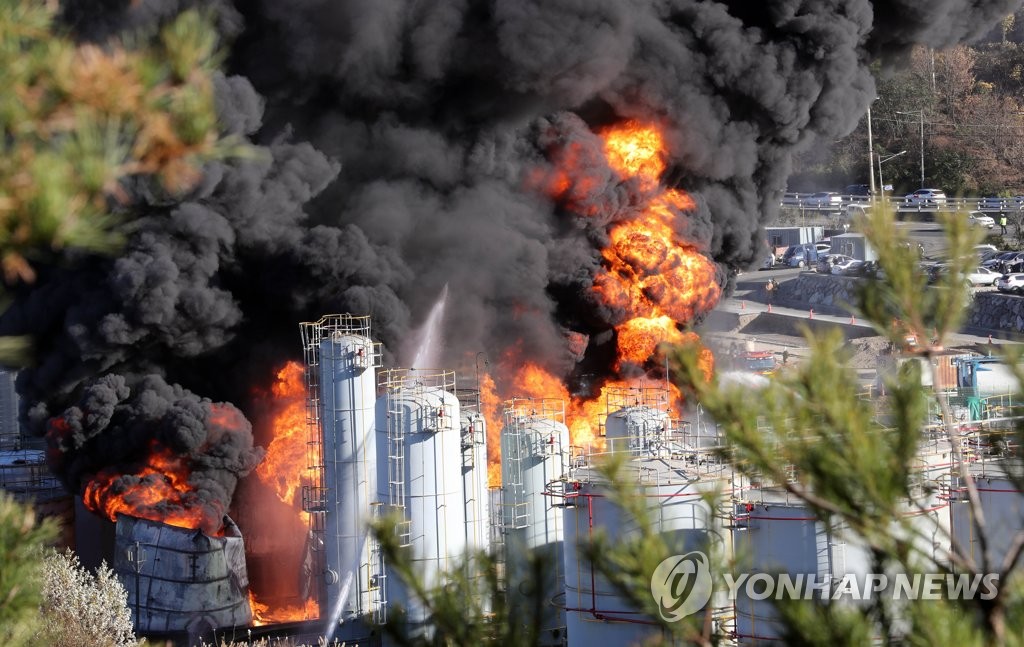