WASHINGTON, Dec. 13 (Yonhap) -- The United States has no hostile policy toward North Korea while it continues to wait for a positive response from the reclusive state to its outreach, a state department spokesperson said Monday.

Jalina Porter, principal deputy spokesperson for the state department, also reiterated the U.S. remains ready to meet with North Korea any time without any preconditions.

"We remain committed to achieving a lasting peace on the Korean Peninsula through dialogue and diplomacy with the DPRK, and to that end, of course, we will seek to engage with the DPRK as a part of a calibrated and practical approach in order to make more tangible progress that increases the security of not only the United States, but as well as our allies and our deployed forces," she said in a telephonic press briefing.

Her remarks come after South Korean President Moon Jae-in said the U.S., China and North Korea have all expressed their agreement, in principle, for the need to formally declare an end to the Korean War, but that the countries have been unable to enter talks because of North Korea's demand for the U.S. to withdraw what it calls U.S. hostility toward Pyongyang.

"We certainly have no hostile intent towards the DPRK. And we're certainly prepared to meet without preconditions and we hope the DPRK will respond positively to our outreach," said Porter.

"We'll continue to consult closely with Republic of Korea, Japan and other allies and partners about the best way to engage with the DPRK," she added, referring to South Korea by its official name. 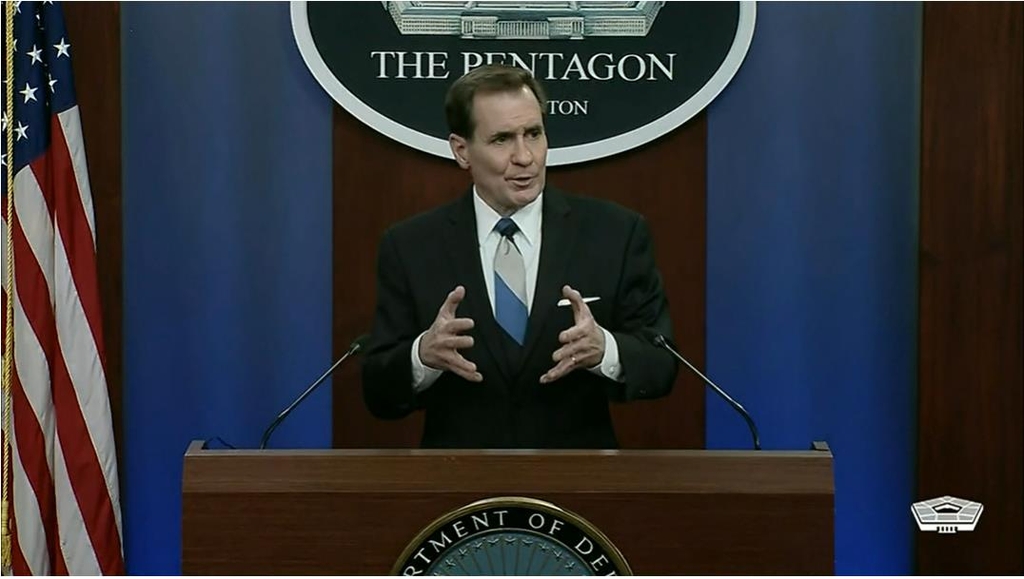 A Pentagon spokesman also said the U.S. has no hostile policy toward the North.

"We have no hostile intent toward the DPRK, and we're obviously prepared to meet without preconditions and we continue to hope that the DPRK will respond positively to that outreach, the administration's outreach," Department of Defense Press Secretary John Kirby said later in a daily press briefing at the Pentagon.

"Our presence on the peninsula is robust, but it is of a defensive nature in keeping with our alliance commitments to South Korea," he added.

North Korea has stayed away from denuclearization negotiations since 2019.

With regard to Moon's remarks that Seoul is not considering boycotting the Beijing Winter Olympic Games, the state department spokesperson said a decision to participate in or boycott the event in China was for each country to make.

"Of course, we made our own decision and we've consulted with our allies and partners before the White House announced our decision," she said. "Anything else beyond that, of course, we're treating these games as business as usual."