The country added 5,567 new COVID-19 infections, including 5,525 local cases, raising the total caseload to 528,652, according to the Korea Disease Control and Prevention Agency (KDCA).

Daily infections soared to a record high of 7,174 cases on Wednesday and remained above 7,000 for the following two days. The daily caseload fell to 5,817 on Monday after reporting 6,976 on Saturday and 6,688 on Sunday.

The number of critically ill COVID-19 patients hit a record high of 906. Deaths from the pandemic also marked a fresh record of 94, bringing the death toll to 4,387. The fatality rate stood at 0.83 percent, the KDCA said. 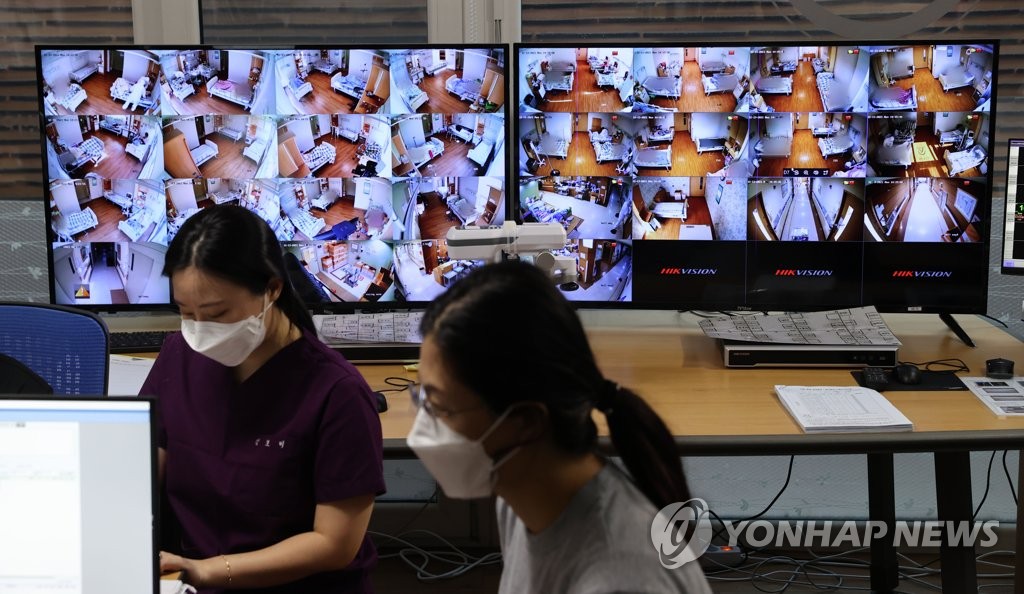 Of the locally transmitted cases, Seoul reported 2,053 infections, while 1,486 came from the surrounding Gyeonggi Province and 348 from Incheon, 40 kilometers west of Seoul.

The country reported 42 imported cases, raising the caseload to 16,147, the KDCA said.

As of 9 p.m., health authorities and local governments had reported 5,803 new cases, up 869 from the same time the previous day. Seoul had confirmed 2,469 new cases, the city's record number of infections for the time.

To stem the spread of the virus, health authorities are currently focused on accelerating the inoculation campaign across the nation with booster shots.

Starting Sunday, the government cut the dosage interval between primary vaccinations and booster shots to three months from the previous four to five months in order to stem the spread of the virus and better protect senior citizens and other vulnerable groups.

The government also started sending medical workers to schools Monday in an effort to increase vaccinations among children.

Under the system, only fully vaccinated individuals and those with negative COVID-19 test results can visit those facilities.

Businesses will be fined 1.5 million won (US$1,260) if they fail to abide by the vaccine pass system. The fine can go up to 3 million won for repeat violations. Businesses can also be ordered to permanently close for more than four violations.

But the system continued to malfunction for a second straight day on Tuesday in the COOV app, which holds an official digital copy of COVID-19 vaccination records.

The COOV app and other apps connected to COOV for QR code verification, such as Naver and Kakao, were nonfunctional or very slow to load due to heavy traffic.

Many restaurant and cafe owners voiced complaints over the extended access delay or failures.

It is part of the government's stricter social distancing rules, which will remain in place until Jan. 2. Private gatherings are limited to six people in the greater Seoul area and eight in the rest of the country.

The current rules, however, can be further tightened if the upward trend in new cases continues. The health authorities warned the government could announce more stringent measures Friday.

Later Tuesday, the government extended the 10-day mandatory self-quarantine for all inbound travelers by three more weeks until Jan. 6.

The measures were originally put in place until Thursday.

Those arriving from countries that have signed a "travel bubble" agreement with South Korea, such as Singapore and Saipan, are exempt from the quarantine. 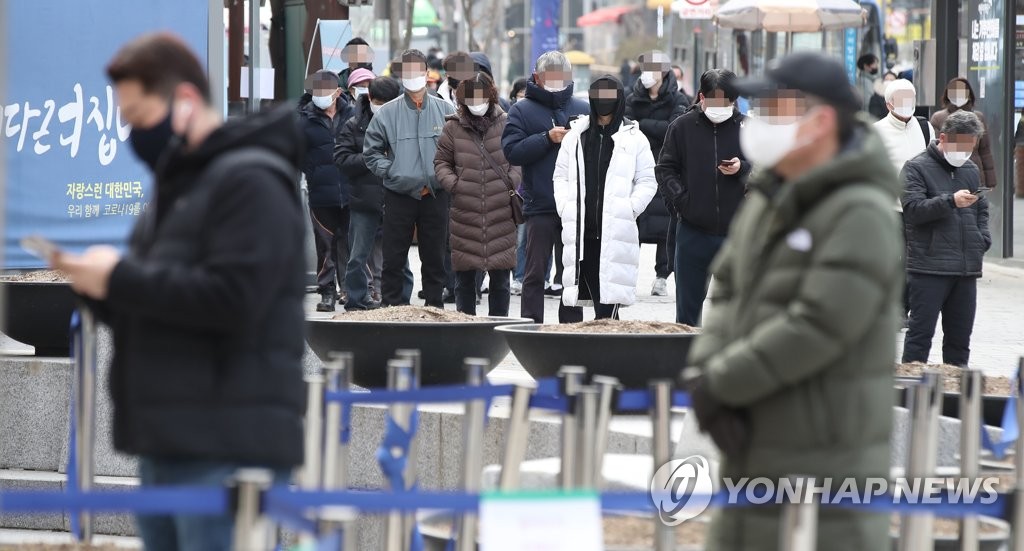