The number of employed people reached 27.79 million last month, 553,000 more than a year earlier, according to the data compiled by Statistics Korea.

The reading was lower than an on-year increase of 652,000 in October. But the number of employed people has risen since March as Asia's fourth-largest economy is recovering from the pandemic.

The job recovery has been extended on the back of robust exports and changes in industrial structures, such as demand for contactless services, according to the statistics agency.

"The government is closely monitoring the situation as uncertainty in the job market has increased due to quarantine challenges, including the spread of the omicron variant," Hong wrote on his Facebook page. 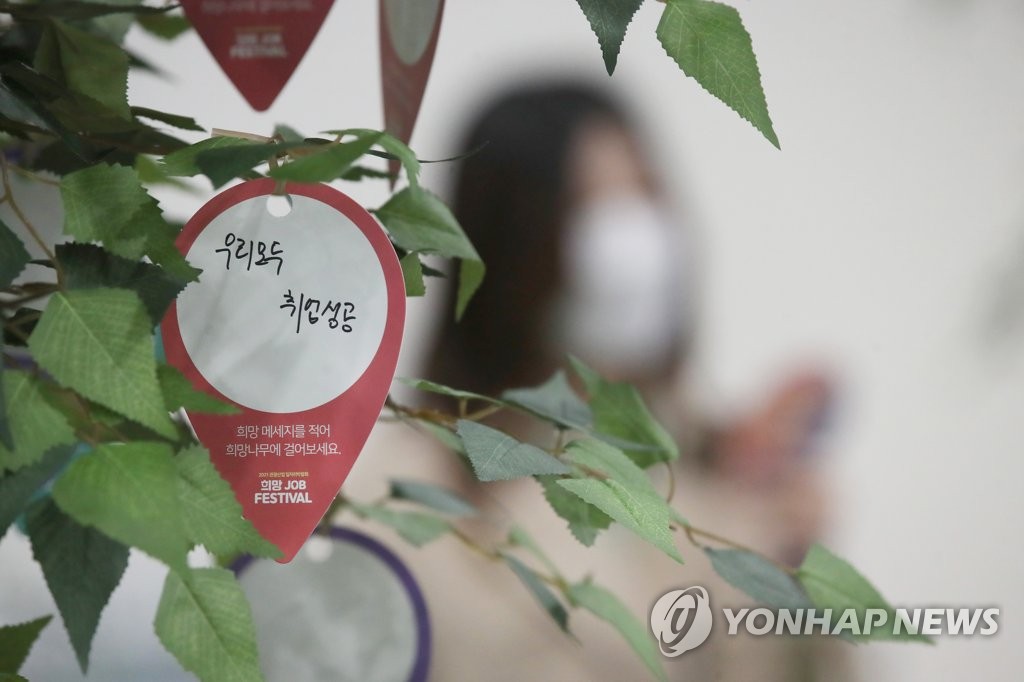 The country's jobless rate fell 0.8 percentage point on-year to 2.6 percent last month. It marked the lowest for any November since 2013.

The unemployment rate for young adults -- those aged between 15 and 29 -- declined 2.6 percentage points on-year to 5.5 percent.

The number of economically inactive people, -- those who are neither working nor actively seeking jobs or people outside the labor force -- declined for the ninth straight month. The number of such people fell 23,000 on-year to 16.65 million last month.

The job recovery remains uneven across sectors as some in-person service segments, such as accommodations and retail, are suffering job strain amid the latest spike in COVID-19 cases.

"The number of employed people in such sectors, led by restaurants, swung to a decline last month as virus infections surged amid eased virus restrictions," Jeong Dong-myeong, a senior official at Statistics Korea, told a press briefing.

South Korea began easing virus curbs in November in the first step of the "living with COVID-19" scheme meant to gradually return to normal life as the vaccine rollout has gained traction.

But since the implementation of the program, virus situations have gotten worse. The country is grappling with the resurgence in COVID-19 infections and the spread of the omicron variant. Health authorities have tightened some antivirus measures, including restrictions on private gatherings.
South Korea's daily coronavirus cases and critically ill patients surged to fresh record highs Wednesday. It added 7,850 new COVID-19 infections, raising the total to 536,495.

The wholesale and retail sector reported a fall of 123,000 jobs, compared with a decline of 113,000 the previous month. The arts, sports and leisure segment saw jobs decrease 22,000 on-year.

The accommodation and food service sector reported a job loss last month after the second consecutive month of gains. Such sectors lost 86,000 jobs on-year in November, revising from an on-year gain of 22,000 in October.

The manufacturing sector, a backbone of the country's economy, reported an on-year increase of 51,000 jobs last month, the first increase in four months. 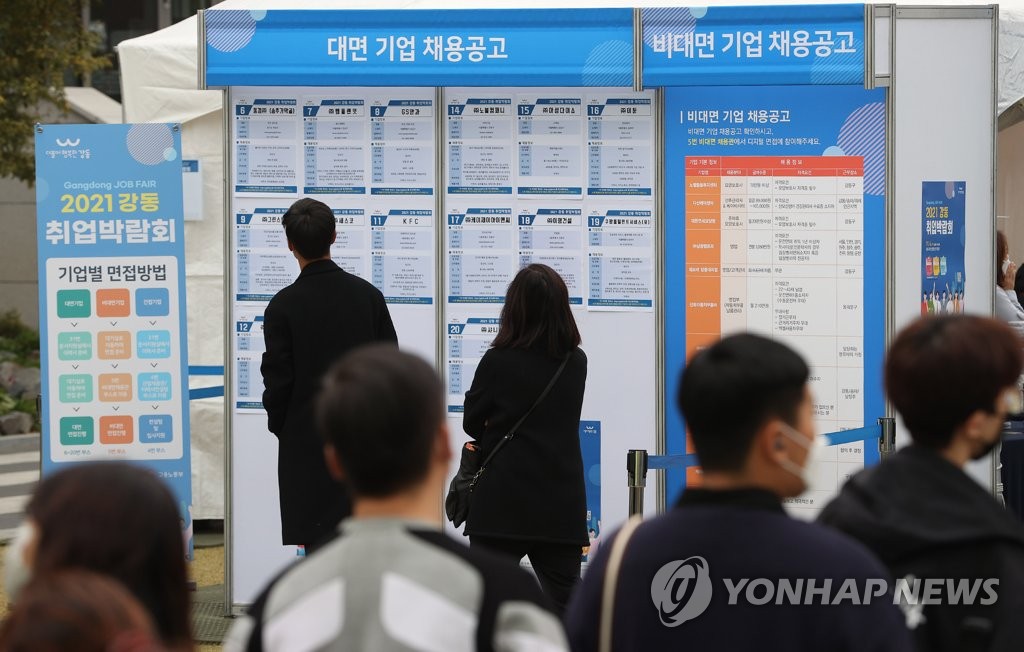 Despite the overall job recovery, the number of day laborers and people who hired workers to run their businesses has been on the decline, hit hard by the pandemic.

Jobs for day laborers fell 175,000 on-year in November, and the self-employed who hired workers reported an on-year decline of 4,000, marking the 36th straight month of falls.

The number of the self-employed who did not hire workers, however, rose 42,000 from a year ago.

The country's central bank expects the South Korean economy to expand 4 percent this year on the back of robust exports. Its 2022 growth outlook for Asia's fourth-largest economy stands at 3 percent.