Kim made the announcement during a government meeting following sharp increases in case numbers and deaths, including an all-time high of 94 COVID-19 fatalities the previous day.

The plan marks a reversal of the government's phased program for a return to normal that began last month with the loosening of virus restrictions.

"The government considers the current virus situation to be very serious and plans to implement a much more powerful social distancing scheme," Kim said during a meeting of the Central Disaster and Safety Countermeasures Headquarters.

Details of the new measures are expected to be announced on Friday and enforced for the next two weeks.

"If the measures are implemented, we will also come up with suitable compensation plans for small business owners and self-employed people who will once again have to bear the pain," Kim said.

The prime minister said the government is focused on securing 5,800 additional hospital beds and increasing vaccinations until the end of the year to help ease the burden on health care workers and protect people's lives.

The government also plans to increase the number of hospitals specializing in treating COVID-19 in the capital area and add six more nursing hospitals to reduce the number of senior citizens waiting for a bed, he said.

Meanwhile, teenagers, who became eligible for vaccinations later than adults, will now be able to get vaccinated more easily by visiting vaccination sites without prior reservation or through on-site vaccinations at schools, he said. 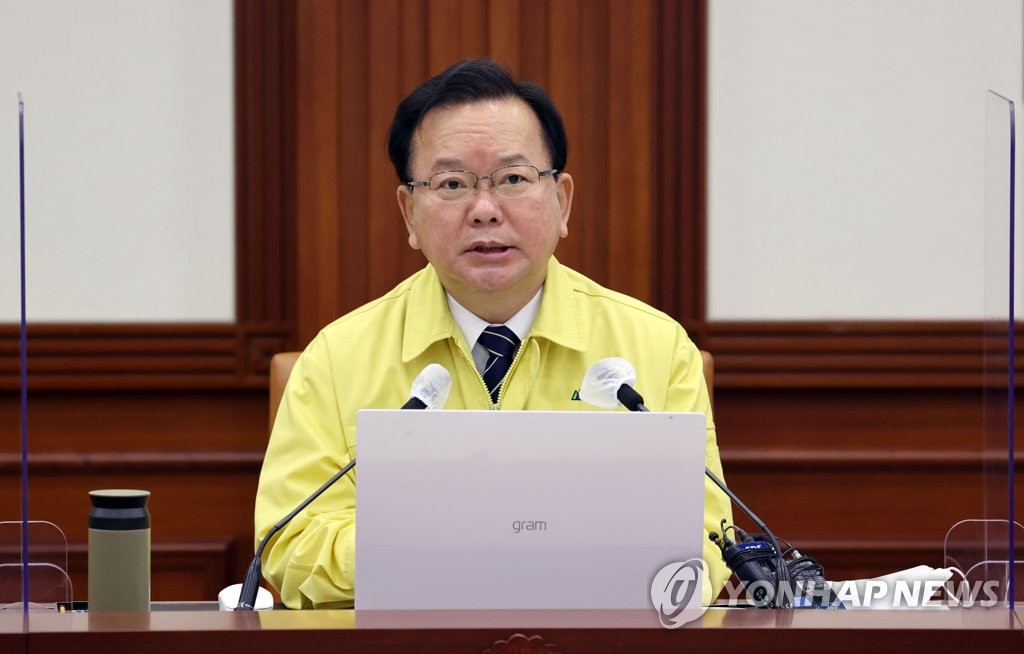