SEOUL, Dec. 16 (Yonhap) -- The South Korean economy is on a recovery track on the back of robust exports, but it is facing growing downside risks as the latest upsurge in COVID-19 cases and the spread of the omicron variant are casting doubt over the recovery of private spending, experts said Thursday.

Asia's fourth-largest economy has recovered faster than other major economies from the pandemic this year due to solid exports and massive fiscal spending.

The Bank of Korea (BOK) and the Organization for Economic Cooperation and Development (OECD) forecast the South Korean economy to expand 4 percent this year and to grow 3 percent next year.

The main driver for the economic recovery has been brisk exports of chips and autos. Exports spiked 32.1 percent on-year to hit a record high of US$60.44 billion in November, extending their gains to the 13th consecutive month. Annual exports are set to reach an all-time high this year. 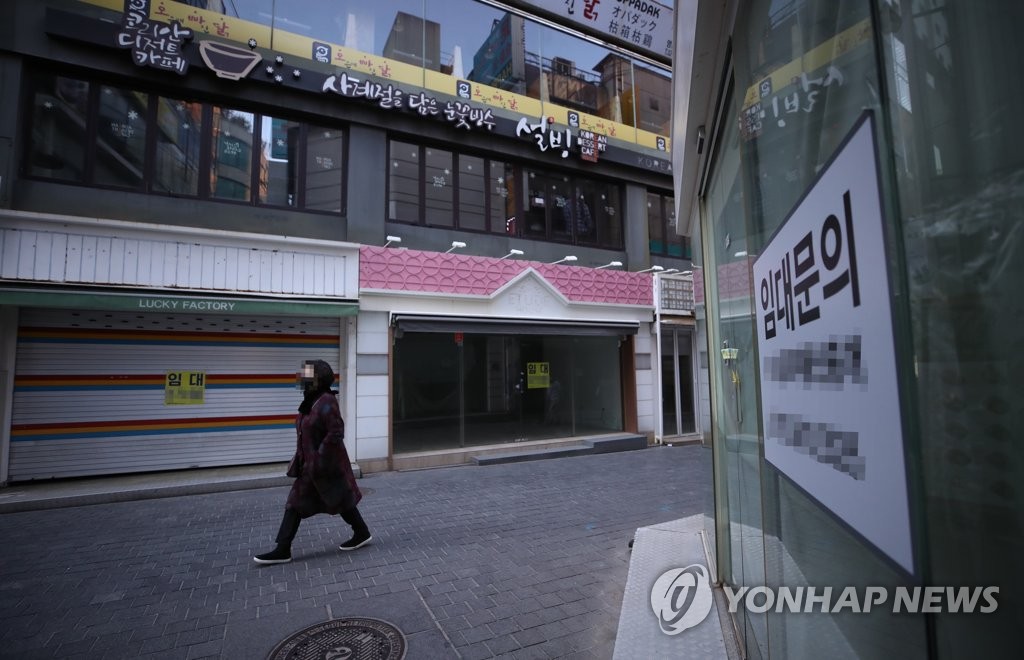 But the South Korean economy faces growing downside risks as the upsurge in virus infections and the emergence of the omicron variant are feared to crimp private spending, potentially hurting the economic growth early next year.

"If consumer sentiment worsens in the winter wave of the pandemic and authorities strengthen virus restrictions, we cannot exclude the possibility that economic shocks felt in the first half of 2020 could crop up again," Joo Won, a senior economist at Hyundai Research Institute, a think tank affiliated with Hyundai Group, said in a report.

Private spending has improved this year amid the vaccine rollout and the economic recovery after it contracted 5 percent last year.

In the third quarter, private spending fell 0.2 percent from three months earlier, compared with a 3.6 percent on-quarter gain in the second quarter, according to central bank data. Retail sales, a gauge of consumer spending, gained 0.2 percent on-month in October, extending their gains to the second straight month.

But the recovery of consumer spending faces uncertainty as virus infections have shot up since the country relaxed virus curbs on Nov. 1 under the "living with COVID-19" scheme meant to gradually return to normal life.

The government said it is considering further tightening restrictions on private gatherings and restoring curfews on business hours to contain the raging pandemic.

Currently, private gatherings are limited to six people in the greater Seoul area and eight elsewhere. But the new measures are likely to lower that ceiling to four and resume a curfew on restaurant and cafe business hours to 10 p.m. or midnight.

"If the current trend of spiking virus cases extends into early next year, it will negatively affect the economic growth rate in the first quarter," Park Sang-hyun, an economist at Hi Investment & Securities Co., said. 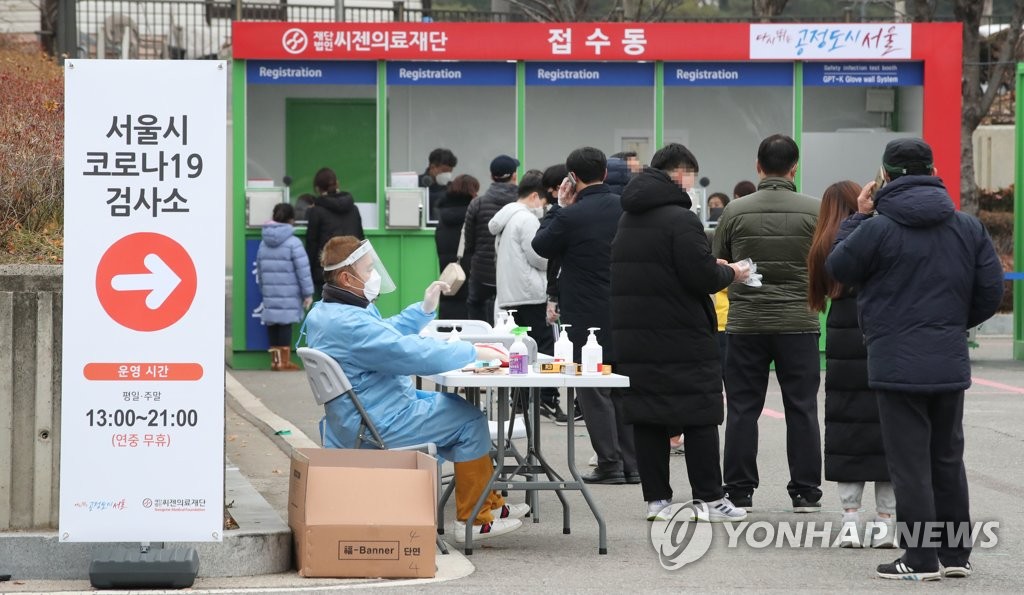 Some experts flagged the risk of the economy falling into stagflation or a mix of high prices and slumping growth if uncertainty about the omicron variant prolongs.

Global inflation risks heightened this year as energy and other raw material prices gained traction amid the economic recovery and supply chain strain.

South Korea faces a build-up in inflationary pressure due largely to high prices of oil and farm products and the economic recovery.

The BOK raised the policy rate by a quarter percentage point to 1 percent in November to tame inflation and curb household debt. The central bank hiked the key rate to 0.75 percent in August, the first rate increase since November 2018.

"Concerns about stagflation appear to be overblown as inflationary pressure is expected to ease into the second half of next year due to the base effect and potential improvements in global supply chain bottlenecks," Woo Hye-young, an economist at eBest Investment & Securities Co., said.

"But the BOK is expected to continue to raise the policy rate next year in a bid to unwind its accommodative policy stance," she said.

Uncertainty over the Federal Reserve's monetary policy shift will also be a major external risk for South Korea, experts said.

Market volatility had increased prior to the Fed's policy meeting this week, with more market players expecting the U.S. central bank to quicken the pace of tapering bond purchases and prepare to hike the interest rates next year. 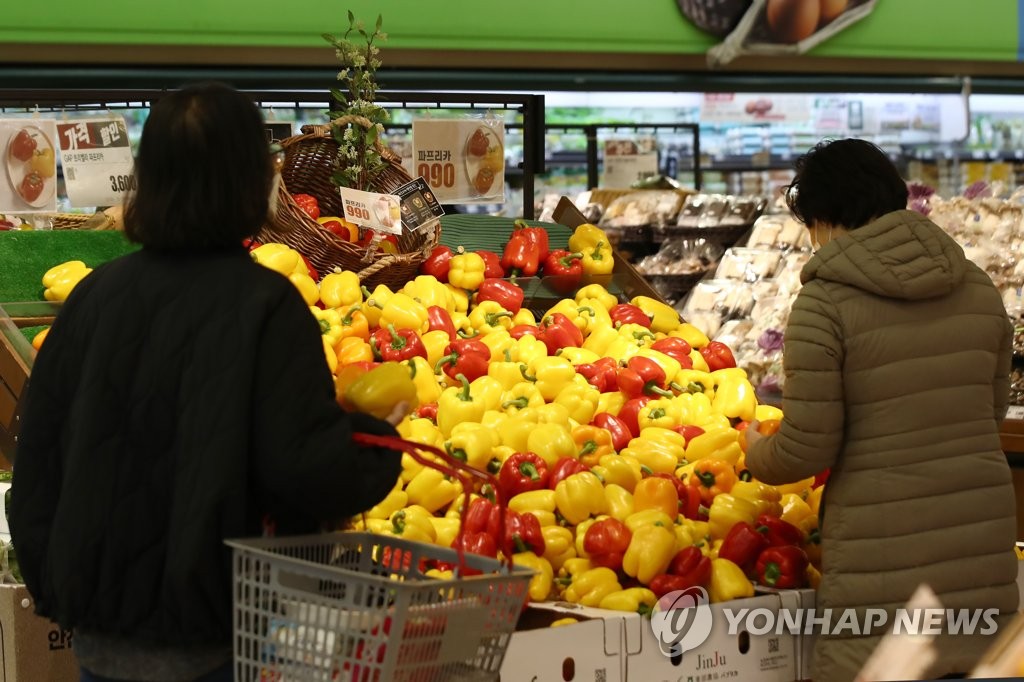 Political uncertainty also lies ahead as the country plans to hold the presidential election in March 2022. A new government usually wants to boost the economic growth with stimulus measures in its early years.

Finance Minister Hong Nam-ki said last week that next year's economic policy will be focused on supporting pandemic-hit small merchants and helping the economy pull off a full recovery.

"Next year, we should make efforts to help the Korean economy achieve a complete recovery and put it on an upgraded new growth path," Hong said.