A total of 6.51 million people went to theaters last month, up 81.1 percent from the same period last year, according to the data by the Korean Film Council (KOFIC).

The total revenue more than doubled to 65.9 billion won (US$55.5 million) last month from a year ago.

KOFIC said the sharp on-year rise in ticket sales was led by the government's "living with COVID-19" scheme starting from November, that lifted nighttime curfews and allowed popcorn during screenings.

The KOFIC data also showed that the total number of moviegoers hit 52 million for the first 11 months of 2021, down 10.4 percent from a year earlier. The combined revenue climbed 0.4 percent on-year to a cumulative 500 billion won over the cited period. 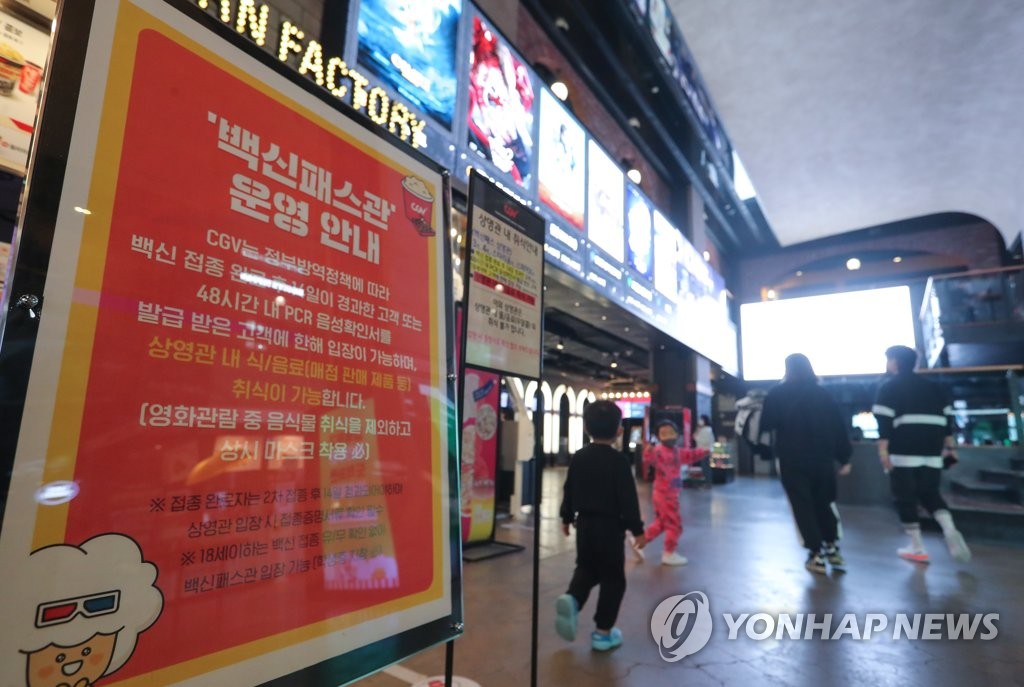