SEOUL, Dec. 15 (Yonhap) -- South Korea's spy agency warned Wednesday of a possible rise in the number of hacking attempts to glean information on the country's diplomatic and security affairs ahead of the March presidential election.

In a document on cybersecurity, the National Intelligence Service said state-backed hackers could beef up attempts to steal information on Seoul's North Korea policy and other security issues as a new administration is set to be launched in the South in May next year.

This year, South Korea saw increased hacking attempts targeting foreign and security officials, apparently aimed at "identifying shifts in North Korea policy on the occasion of 'the inauguration of a new U.S. government,' and the 'end-of-war declaration proposal,'" the agency said in a release.

The document did not attribute the hacking attempts to any specific country.

Referring to escalating conflicts in cyberspace fueled by a Sino-U.S. rivalry, the agency warned the conflicts could lead to the spread of fake news and cause confusion ahead of the election season in South Korea.

Hackers are also increasingly taking advantage of technical vulnerabilities exposed in the course of the expansion of teleworking and remote services due to COVID-19, and vaccine technologies are among the most frequently targeted information, it said.

Yet the number of domestically reported damage from cyberattacks decreased 21 percent on-year, the agency said, citing efforts to enhance security following a hacking attempt on a state-run nuclear research institute earlier this year. 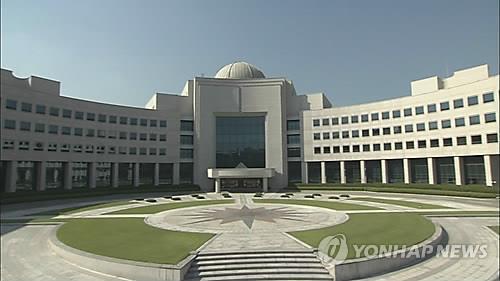