(ATTN: UPDATES with the latest details in paras 8-9)

SEOUL, Dec. 16 (Yonhap) -- South Korea's new coronavirus cases stayed above 7,000 for the second consecutive day Thursday and the number of critically ill COVID-19 patients rose close to 1,000, as the country prepares to bring back tougher virus curbs to stem the spread of the virus.

Authorities warned that daily infections could spike to as many as 10,000 this month and 20,000 in January if the spread of the virus exacerbates, saying that restoring the virus restrictions is essential in this stage of battling the disease.

Among them, the public health agency reported 20 omicron variant cases, putting the total at 148.

The number of critically ill patients hit yet another fresh high of 989, up from the previous record of high of 964 recorded Wednesday.

The latest infection tally marks a drop from the record high of 7,850 the previous day.

As of 9 p.m. Thursday, health authorities and local governments had reported 5,901 new cases, down 663 from the same time the previous day. Seoul had confirmed 2,504 new cases, marking the city's record number of infections for the third day in a row. 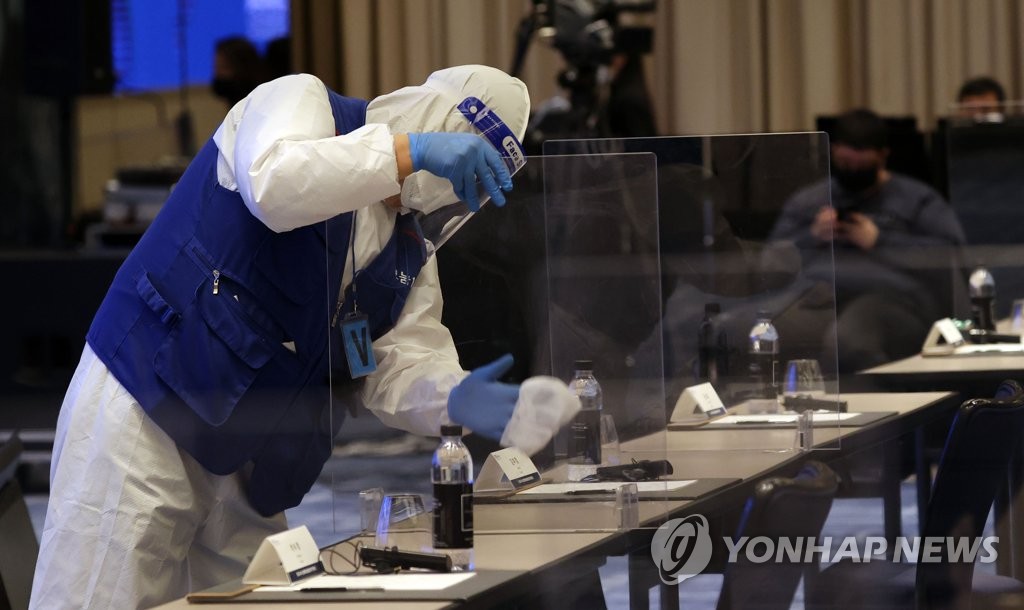 To contain the spread of the virus, the government announced it will reduce the maximum size of private gatherings to four people nationwide and restore a 9 p.m. curfew on restaurant and cafe business hours.

"It is necessary to implement emergency measures in order to contain the current rapid spread of the virus," KDCA Commissioner Jeong Eun-kyeong said in a press briefing. She put the current COVID-19 risk level at "very high," the highest in a new five-scale system that determines the degree of danger.

"If the spread of the virus worsens, we could see daily infections surge to around 10,000 and up to 20,000 in January," Jeong said, adding that the critically ill cases could also spike up to 1,800-1,900 in the worst possible scenario.

President Moon Jae-in apologized to the public for restoring the tough virus restrictions, saying the government has failed to thoroughly prepare for the worse over the course of easing the social distancing, according to his spokesperson Park Kyung-mee.

The government will make efforts to expand the medical capacity and increase the vaccination rate to overcome the virus crisis, Prime Minister Kim Boo-kyum said at a government meeting on virus response.

The new restrictions will begin Saturday and remain in effect until Jan. 2.

Currently, private gatherings are limited to six people in the capital area and eight elsewhere.

Schools in the greater Seoul area will resume remote learning and have to reduce the size of student attendance to two-thirds from next Monday until the winter break starts later this month.

Middle and high schools will run at two-thirds capacity, while third-to sixth-grade elementary school classes will run at 75 percent capacity. Full in-person classes will only be allowed for first and second year elementary school students. The escalating spread of the virus has pressed the authorities to toughen the distancing rules, as the approach to the relaxation of measures proved premature.

Under the new measures, fully vaccinated people will be allowed to use restaurants and cafes, and those who have not been vaccinated will be able to use the facilities alone or request take-out or delivery.

Bars, nightclubs and other entertainment venues will also be subject to the 9 p.m. curfew, while movie theaters, concert halls and internet cafes will be able to operate until 10 p.m.

The differentiation is based on the extent to which masks can be worn and whether there is eating inside.

Under the renewed rules, a total of 49 people, when including those who are unvaccinated, can participate in weddings, health authorities said. The number is down from 99 people that had been allowed since October.

Up to 299 fully-vaccinated guests, down from 499, can be invited to weddings.

The same rules will also be applied for first birthday parties and funerals.

Up to 300 people can also gather for outdoor sports events, festivals and other kinds of concerts upon the approval by relevant government departments. However, the authorities said such events, in principle, will not be allowed for the next two weeks unless necessary.

Health officials urged people to get a third vaccine shot as quickly as possible so as to help bring the spread of the virus under control, reaffirming that additional shots are "the only weapon" against breakthrough and omicron infections.

Thirty-one cases came from overseas, raising the caseload to 16,200, the KDCA said.

As of Thursday, 84.1 percent of the country's 52 million population had received their first shots of COVID-19 vaccines, and 81.5 percent had been fully vaccinated. About 17.3 percent of the total population has gotten their booster shots, the KDCA said. 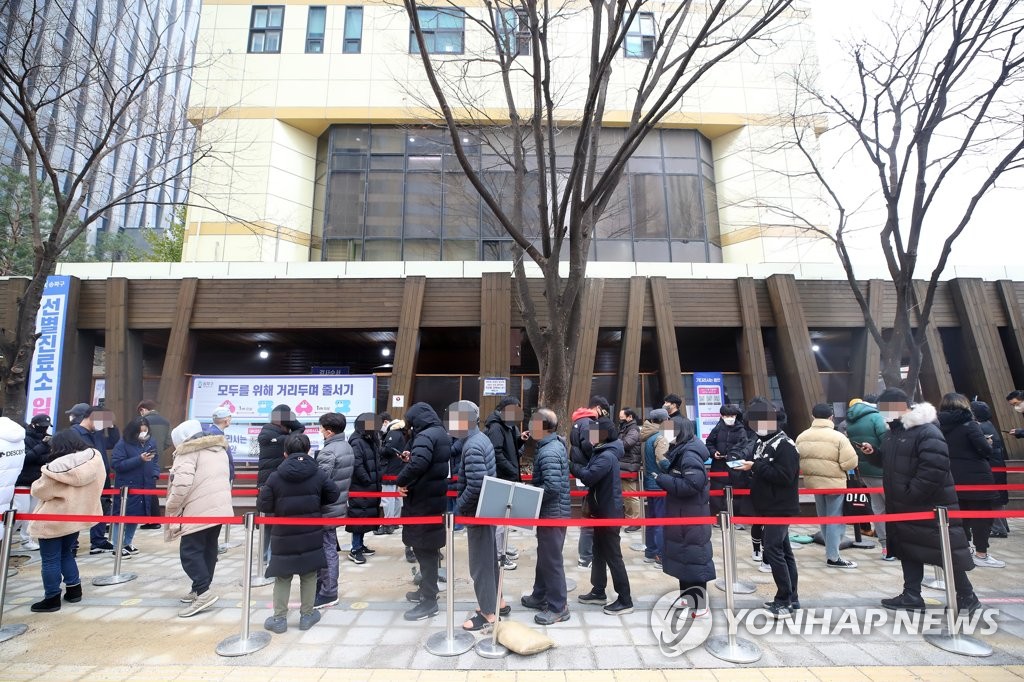