Jose W. Fernandez, the undersecretary of state for economic growth, energy and the environment, said he expects to talk about a number of "positive" economic issues during the sixth Senior Economic Dialogue (SED) slated for Friday, noting cooperation in the 5G network will be one of the key issues.

"There is a desire for trusted networks, and there's a desire to expand 5G connectivity," Fernandez told Yonhap News Agency on the sidelines of a bilateral economic forum held in Seoul.

"We're also talking to several countries who are interested in establishing 5G networks. And so that'll be part of our discussions. I think there are opportunities for Korean companies," he added. 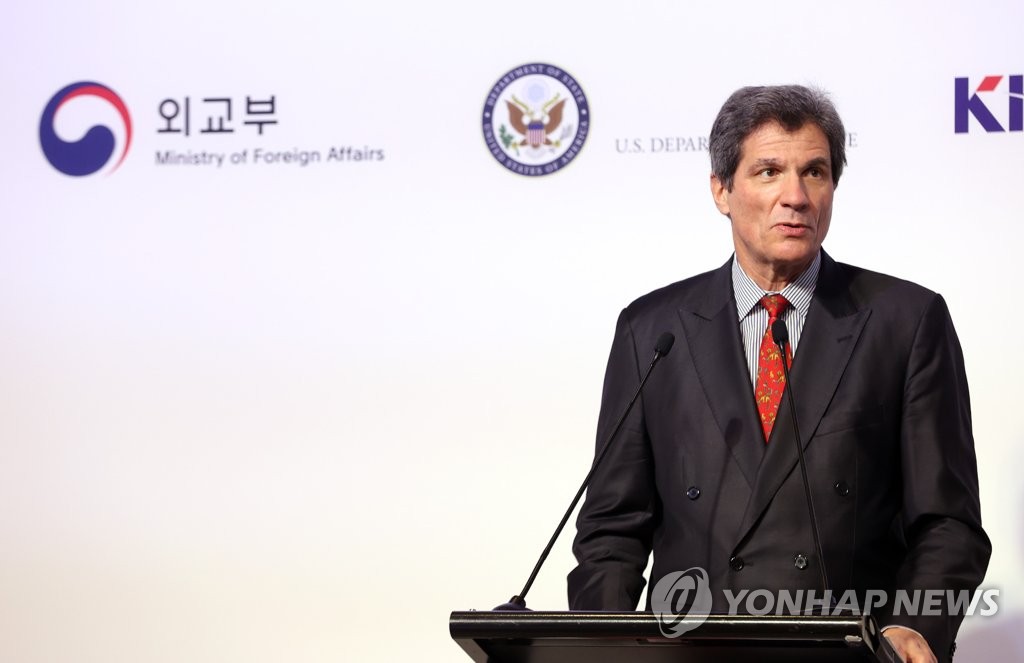 The fifth-generation telecommunications technology is a key battleground of Sino-U.S. competition, as Washington remains concerned about potential security risks from what it calls untrusted vendors, including economic espionage.

Seoul and Washington have been exploring ways to expand cooperation in the network area after Presidents Moon Jae-in and Biden agreed to work together to develop open, transparent 5G and 6G network architectures during their Washington summit in May.

When asked about whether he will discuss ways to counter economic coercion in the Indo-Pacific region, Fernandez said "it's something we're concerned about" but noted it is "not one of the angles" for the upcoming economic talks.

At the same forum, Seoul's Second Vice Foreign Minister Choi Jong-moon expressed hope that governments and private sectors of the two countries can deepen ties in a wide range of areas, including cybersecurity, energy, artificial intelligence and quantum technology.

"There's no doubt that Korea is an optimum partner for the United States as a longtime ally sharing democratic value and market economy, as a leading maker of high-tech products, and as a home to many skilled students," Choi said during the forum. 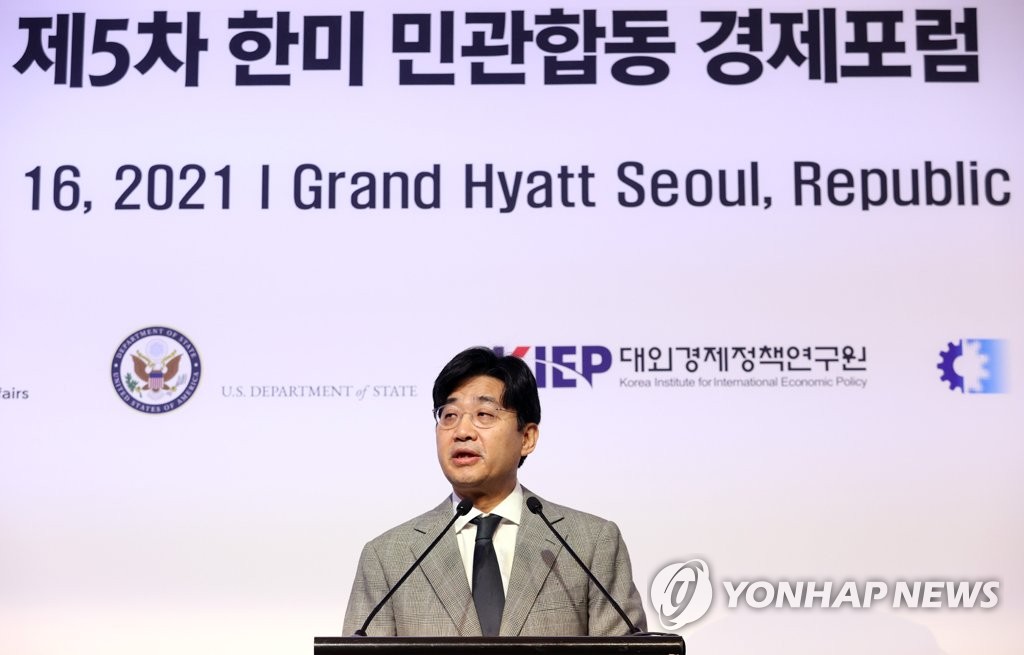 During his visit, the U.S. diplomat plans to meet Yoon Tae-sik, deputy finance minister for international affairs, and Park Jin-kyu, vice industry and trade minister, to discuss cooperation on infrastructure and supply chains of major industries, according to Seoul officials.

He is also scheduled to meet industry figures from major semiconductor, battery, bio and construction companies to discuss ways to expand business partnership between the two nations.

Among them are chipmaker Samsung Electronics Co. and battery maker LG Energy Solution Ltd, which have factories in the U.S., according to informed sources.