SEOUL, Dec. 17 (Yonhap) -- A senior U.S. diplomat on Friday called on South Korea to play a greater role in building resilient semiconductor supply chains, as the United States is trying to address chip shortages amid toughening competition with China.

Jose Fernandez, undersecretary of state for economic growth, energy and the environment, made the remarks during a meeting in Seoul with Second Vice Foreign Minister Choi Jong-moon for the sixth Senior Economic Dialogue (SED) meant to discuss cooperation on global supply chains, energy, infrastructure and technology.

"Semiconductor shortages that were caused by COVID-19 ... put a spotlight on Korea as a leader and an essential partner in global semiconductor supply chains," Fernandez said during the meeting. "We firmly believe Korea has much more to offer to the global economy. You've got world class technical expertise, high-quality transparent investment and foreign legislation, and more."

His visit came at a time when the Joe Biden administration has been rallying its allies and partners to build a global supply chain less dependent on China amid an intensifying Sino-U.S. rivalry. 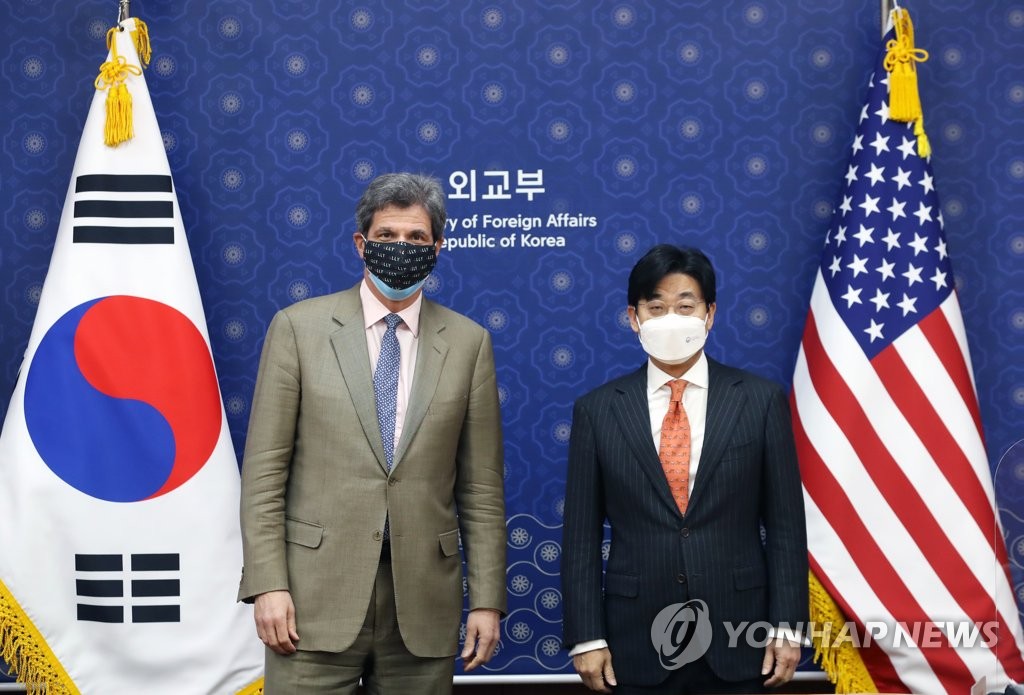 U.S. Commerce Secretary Gina Raimondo has said her government aims to launch the new framework early next year as part of efforts to reengage on trade with Asia

During the meeting, Fernandez and Choi agreed to work together to build resilient supply chains in semiconductors, electric vehicle batteries, health-related supplies and critical minerals, a joint media note showed.

The two sides discussed ways to team up for overseas infrastructure projects, with a particular focus on Southeast Asia, which has a large presence of Chinese investment.

The meeting also covered collaboration in critical and emerging technologies, including 5G networks and artificial intelligence, and coordination on investment screening and export controls.

The next-generation telecom technology is a key battleground of Sino-U.S. competition, as Washington remains concerned about potential security risks from Chinese equipment in 5G networks, including economic espionage.

Most of the agenda on the table was part of U.S.-led initiatives to counter China's growing economic clout in the Indo-Pacific region, though Seoul officials said the sensitive issue was not mentioned during the dialogue that lasted over three hours.

The thinly-veiled U.S. pressure puts South Korea in a delicate balancing act between its longstanding ally and its largest trading partner, China, amid shifting geopolitical dynamics.

Later in the day, the U.S. official wrapped up his weeklong tour to Asia, which also took him to Tokyo before his three-day trip in Seoul.