Yoon's wife, Kim Keon-hee, has been hit with allegations that she falsified or exaggerated her credentials on resumes she sent to two local universities in 2007 and 2013 to apply for a teaching position. 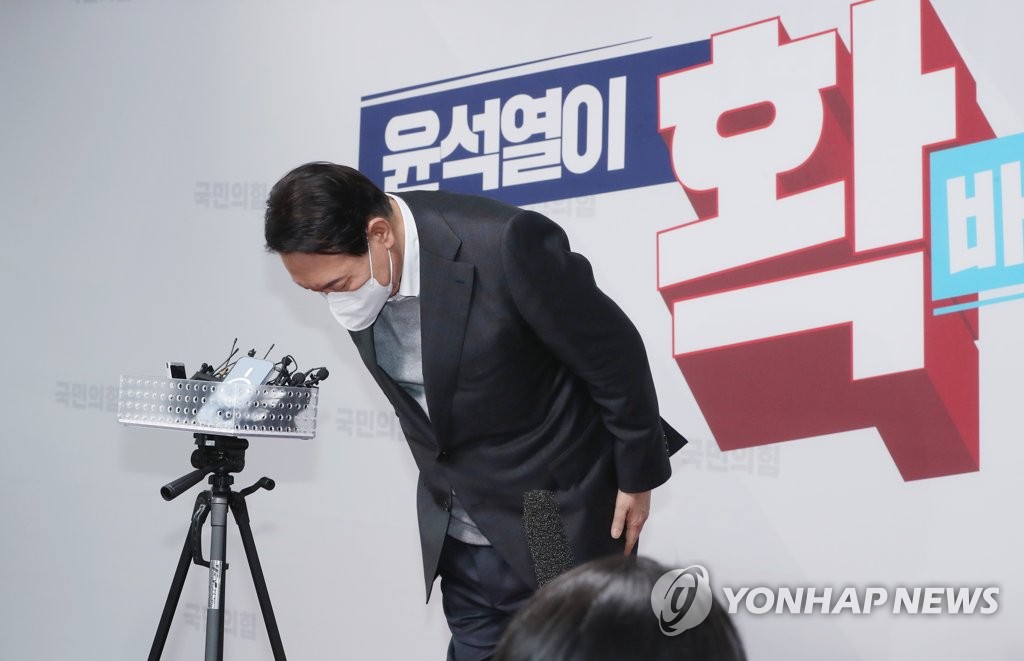 "I am sorry for causing concern to the people with the controversy surrounding my wife," the People Power Party (PPP) candidate said during an unannounced visit to the press room at the PPP headquarters.

"I state clearly that, regardless of the reasons, the fact that the credentials were inaccurately stated and raised a controversy is in itself not in line with the fairness and common sense that I have preached," he said.

The apology comes two days after Kim offered her own apology for the "discomfort and fatigue the people may feel."

Kim, who is president of Covana Contents, a cultural contents company, made the comments when approached by a Yonhap reporter outside her office.

The resume she sent to Suwon Women's University in 2007 allegedly included false claims that she served as a director for the Korea Association of Game Industry for three years starting in 2002, when in fact the association was established in 2004, and that she won the grand prize at the Seoul International Cartoon & Animation Festival in 2004.

On a resume sent to Anyang University in 2013, she allegedly lied she won the top prize in the animation category of the 2004 Korea Content Awards.

Both Yoon and the PPP have previously defended Kim, suggesting the resumes were a mere formality, because part-time university instructors were appointed at the recommendation of professors, not through a regular hiring process. 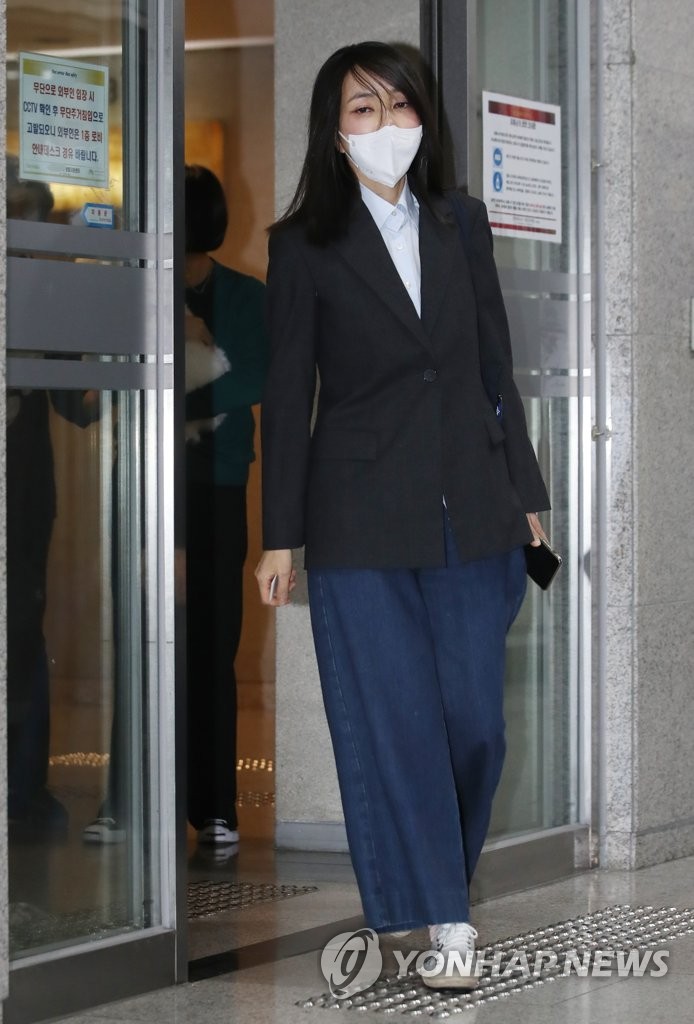