WASHINGTON, Dec. 17 (Yonhap) -- The Joe Biden administration is seeking a "step-by-step" approach to the denuclearization of the Korean Peninsula, a compromise between the opposite strategies of two previous U.S. administrations, U.S. National Security Advisor Jake Sullivan said Friday.

Sullivan also reiterated that the U.S. remains committed to the 2018 agreement reached between the U.S. and North Korea in Singapore, which calls for complete denuclearization of North Korea in exchange for U.S. security assurances.

"Our approach with North Korea when we came in was to look at the last two administrations," Sullivan said, referring to the administrations of former presidents Barack Obama and Donald Trump. 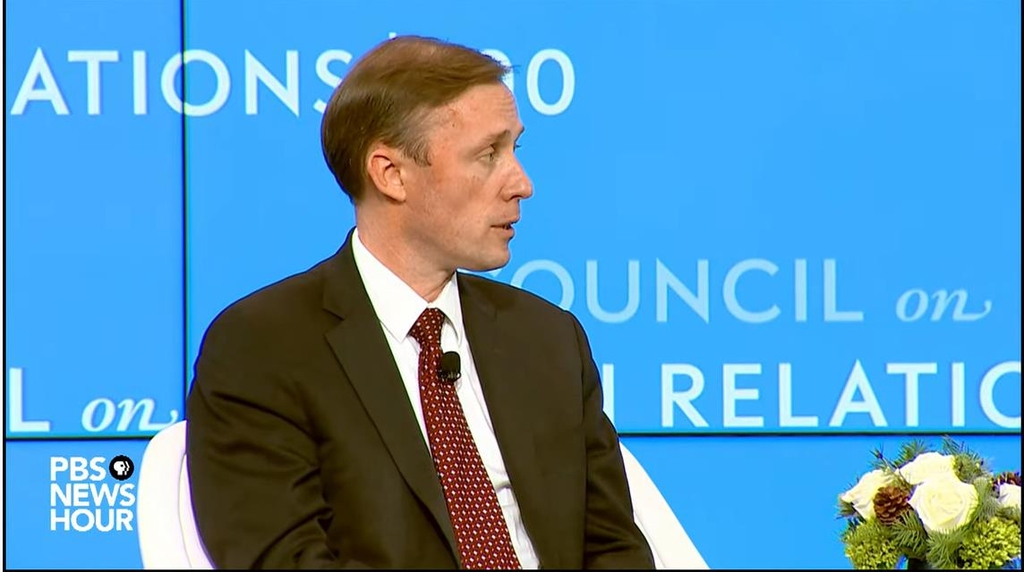 The Obama administration, he noted, "really adopted this view of strategic patience, which was essentially, I would call, non-for-none."

"And then the Trump administration in Hanoi pitched all-for-all, the grand bargain," Sullivan said in a forum hosted by the Council on Foreign Relations, a New York-based nonprofit think tank.

"And essentially the thrust and purpose of our policy was to come in between those two -- to be prepared to engage in diplomacy, to make step by step progress towards the ultimate goal of denuclearization of the Korean Peninsula," he added.

At the first-ever U.S.-North Korea summit in Singapore, the North agreed to work toward complete denuclearization of the Korean Peninsula while the U.S. agreed to establish new relations with the North, which, according to many, would provide some security guarantees to the North that remains under various U.S. and U.N. Security Council sanctions.

"We continue to indicate to them (North Koreans) both directly and publicly as I'm doing right now that we are prepared to engage to try to make progress against the basic points that were laid down in the Singapore summit back in 2018," said Sullivan.

North Korea has stayed away from denuclearization talks with the U.S. since 2019.

Sullivan noted the North remains unresponsive to U.S. overtures, saying, "We have not gotten traction in diplomacy with North Korea on that over the course of this year."