SEOUL, Dec. 18 (Yonhap) -- South Korea's new coronavirus cases stayed above 7,000 for the fourth consecutive day Saturday and critical cases surged to a record high as the government reimposed restrictions to contain the fast spread of the virus.

Saturday's tally is slightly down from the previous day's 7,434 and the record high of 7,850 reported Wednesday.

The number of critically ill patients hit an all-time high of 1,016, surpassing the grim milestone of 1,000 for the first time. The previous daily high was 989 on Thursday.

The country reported 15 more cases of the omicron variant, putting the total at 166. 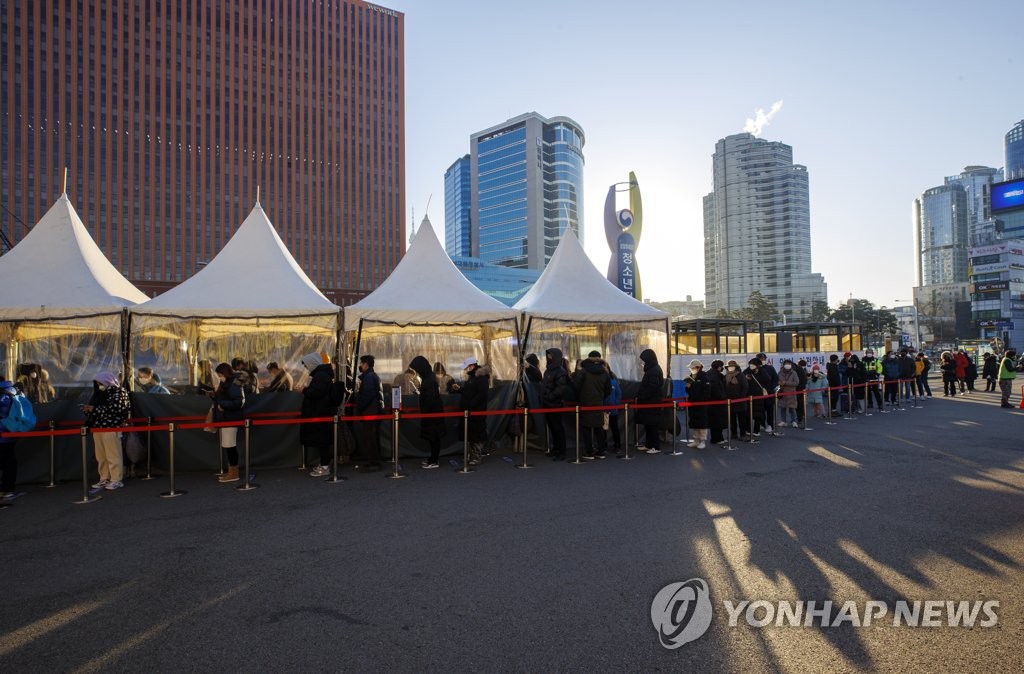 As of 6 p.m. Saturday, health authorities and local governments had reported 4,576 new cases, down 1,765 from the same time the previous day. Daily cases are counted until midnight and announced the following morning.

The government reimposed a set of revised virus restrictions across the country Saturday, which will remain in effect until Jan. 2 to stem the spread of the virus.

Under the updated measures, the maximum size of private gatherings is limited to four people nationwide, from the current limit of six in the capital area and eight elsewhere.

Only fully vaccinated people are allowed to use restaurants and cafes with other people, while those who have not been vaccinated can only use the facilities alone or request takeout or delivery.

Schools in the greater Seoul area will resume remote learning and run at about two-thirds or 75 percent capacity beginning Monday, except for first and second grades in elementary school.

The extent to which masks can be worn and whether there is eating inside determine the degree of restriction. Up to 300 people can gather for outdoor sports events and other festivals approved by government agencies.

The KDCA said 30 cases came from overseas, raising the caseload to 16,266.

As the number of critical cases have hovered around 900 for about a week, South Korea is grappling with a growing shortage of hospital beds reserved for seriously ill patients.

As of 5 p.m. Friday, health authorities said the operation rate of intensive care units came to 81 percent nationwide, down slightly from 81.9 percent a day earlier.

It is above the 75 percent threshold, considered the saturation point. More than 31,000 COVID-19 patients are currently undergoing at-home treatment.

In particular, the bed occupancy rate reached 85.7 percent in Seoul and its surrounding areas, with the number of patients waiting to be admitted to hospitals hitting 975.

There are only 120 empty beds in intensive care units in the capital area, according to the health authorities. 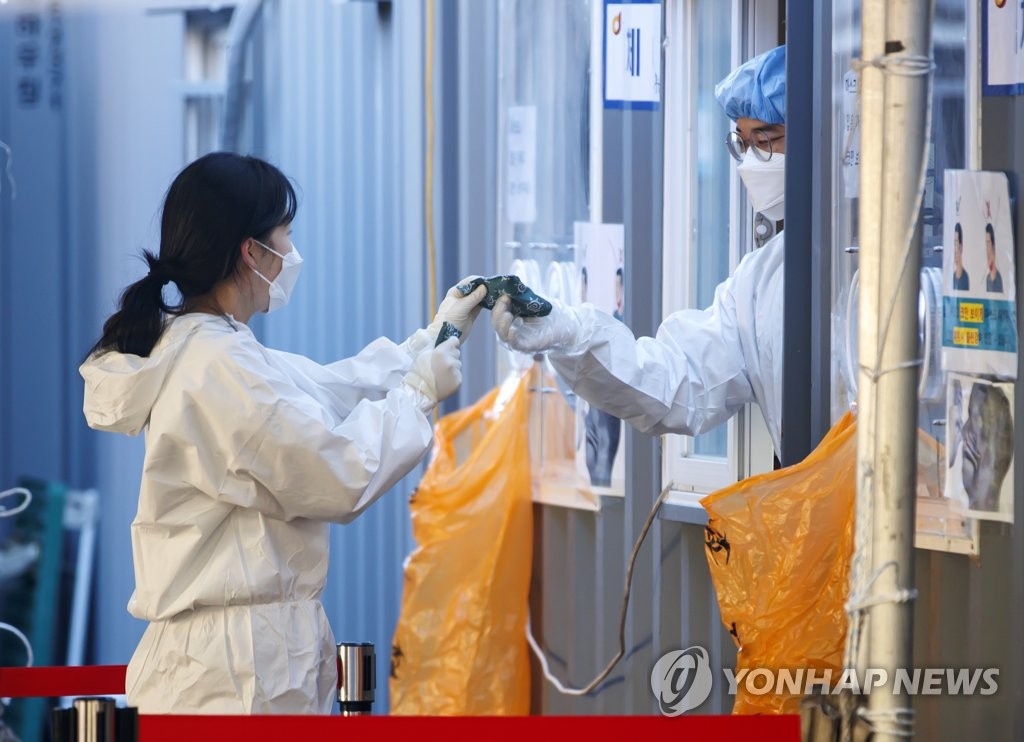 Meanwhile, South Korea's military reported 36 additional COVID-19 cases Saturday, raising the total caseload among its personnel to 2,906. Among them, 1,131 are breakthrough cases.

The Ministry of Justice said an additional 12 COVID-19 infections were reported from a prison in Hongseong, 157 kilometers south of Seoul, raising the total caseload there to 57.

It said it will conduct another round of tests on nearly 70,000 inmates and prison officials from all correctional facilities in the country Monday following the recent cluster infection among inmates at the prison in Hongseong.