Aleksandr Shchegolev from the Russian federation finished second at 1:41:63 and Danas Rapsys from Lithuania placed third at 1:41:73. 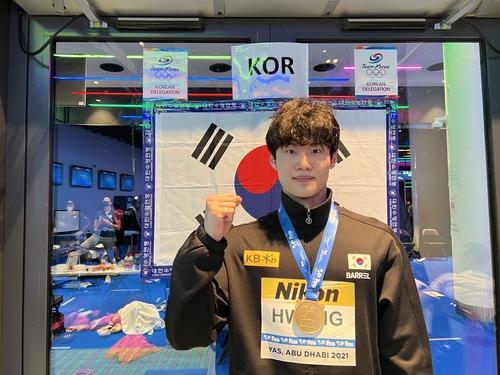 It is Hwang's first gold medal at a major international competition, after making an impressive debut at this year's Tokyo Olympics.

The 18-year-old finished fifth in the 100m and seventh in the 200m final at Tokyo, setting several records along the way, including an Asian record in the 100m during the semifinals. He was the first South Korean swimmer since Park Tae-hwan to reach an Olympic final race.

He also became the first South Korean to win a medal at the short course worlds that take place in 25m pools, half the length of the regular-sized pools at the Olympics and other international competitions, after Park.

Park, the legendary swimming star who is the only South Korean Olympic gold medalist in swimming, captured three golds at the short course worlds in 2016.

Hwang is also scheduled to compete in the men's 100m individual medley and 100m freestyle races in Abu Dhabi.

"I'm so pleased that I earned gold at my first race in the short course worlds," he said through the Korea Swimming Federation. "I'll do my best at the upcoming 100m individual medley and 100m freestyle races." 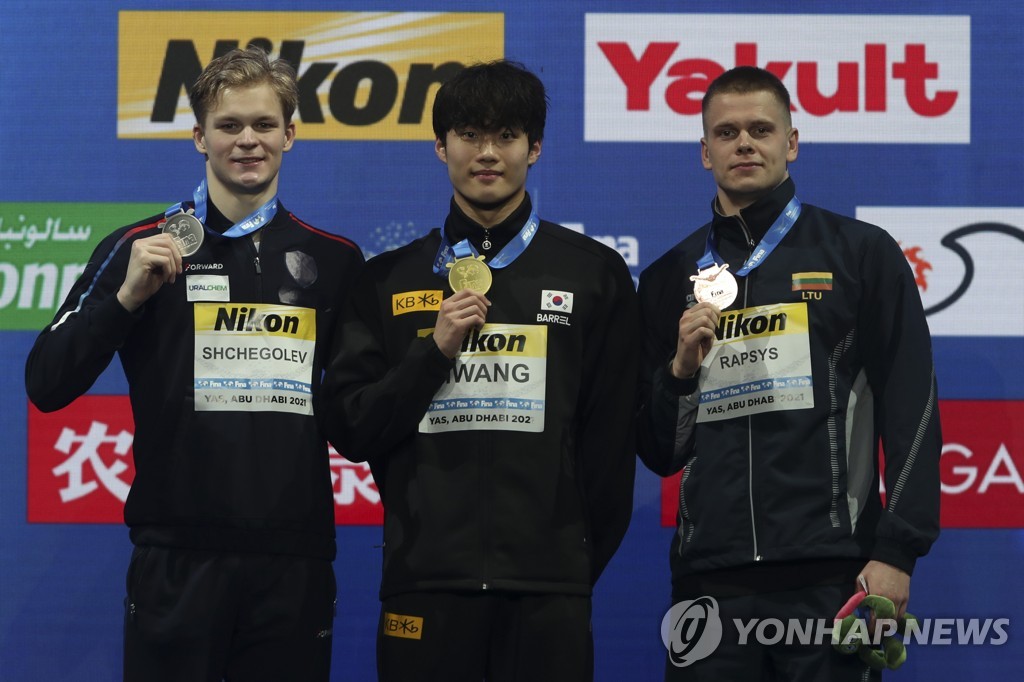