SEOUL, Dec. 19 (Yonhap) -- South Korea's new coronavirus cases fell below 7,000 for the first time in five days Sunday, but critical cases surged to a record high as the government reimposed restrictions to contain the fast spread of the virus.

Sunday's tally is slightly down from the previous day's 7,313 and the record high of 7,850 reported Wednesday.

The number of critically ill patients hit an all-time high of 1,025 on Sunday, after surpassing the grim milestone of 1,000 for the first time the previous day.

The public health agency reported 12 more omicron variant cases, putting the total at 178. Of the 178 cases, four people were infected with the omicron variant despite having received booster shots.

Of the 178 cases, four people were infected with the omicron variant despite having received booster shots, although they had minor symptoms.

Health authorities and local governments, meanwhile, had reported 4,896 new cases as of 9 p.m., up 320 from the same time the previous day. It was also the highest for the time period counted on any Sunday.

The greater Seoul area accounted for 69.9 percent of new cases. 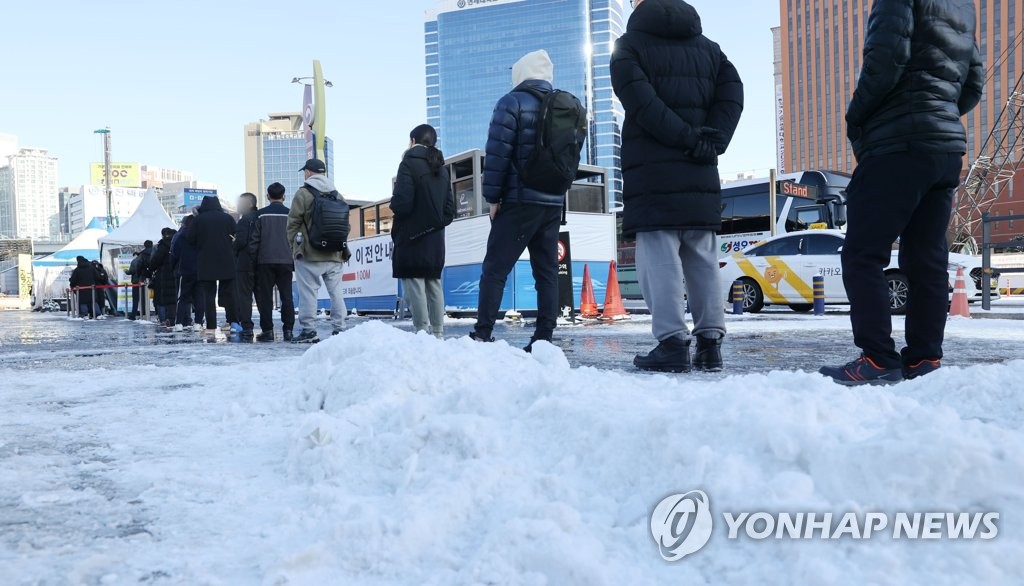 Under the updated measures, the maximum size of private gatherings is limited to four people nationwide, from the current limit of six in the capital area and eight elsewhere.

Only fully vaccinated people are allowed to use restaurants and cafes with other people, while those who have not been vaccinated can only use the facilities alone or request takeout or delivery.

Schools in the greater Seoul area will resume remote learning and run at about two-thirds or 75 percent capacity beginning Monday, except for first and second grades in elementary school.

The extent to which masks can be worn and whether there is eating inside determine the degree of restriction. Up to 300 people can gather for outdoor sports events and other festivals approved by government agencies.

The KDCA said 63 cases came from overseas, raising the caseload to 16,329.
South Korea is grappling with a growing shortage of hospital beds reserved for critically ill patients, as well as medical workers and equipment.

The bed occupancy rate in intensive care units for COVID-19 patients stood at 87.6 percent in Seoul as of 5 p.m. on Saturday, and the figure for the country as a whole came to 79.1 percent.

Only 279 beds in intensive care units are available for use across the country, according to authorities.

Meanwhile, a pregnant woman living in Yangju, north of Seoul, who was receiving at-home treatment for COVID-19 gave birth inside an ambulance after being rejected by 16 hospitals due bed shortages.

As of Sunday, 84.7 percent of the country's 52 million people had received their first shots of COVID-19 vaccines, and 81.9 percent had been fully vaccinated, while 22.5 percent had gotten booster shots, the KDCA said.

The latest batch of 1.38 million doses -- part of the 40 million doses of Moderna vaccine South Korea has agreed to buy -- also marks the first rollout since the Ministry of Food and Drug Safety approved of the vaccine last week.

In May, the biotech unit of South Korea's largest conglomerate, Samsung Group, signed a contract with Moderna Inc. to provide contract manufacturing organization services for the U.S. biotech company's mRNA vaccine at its plant in Songdo, Incheon, 40 kilometers west of Seoul. 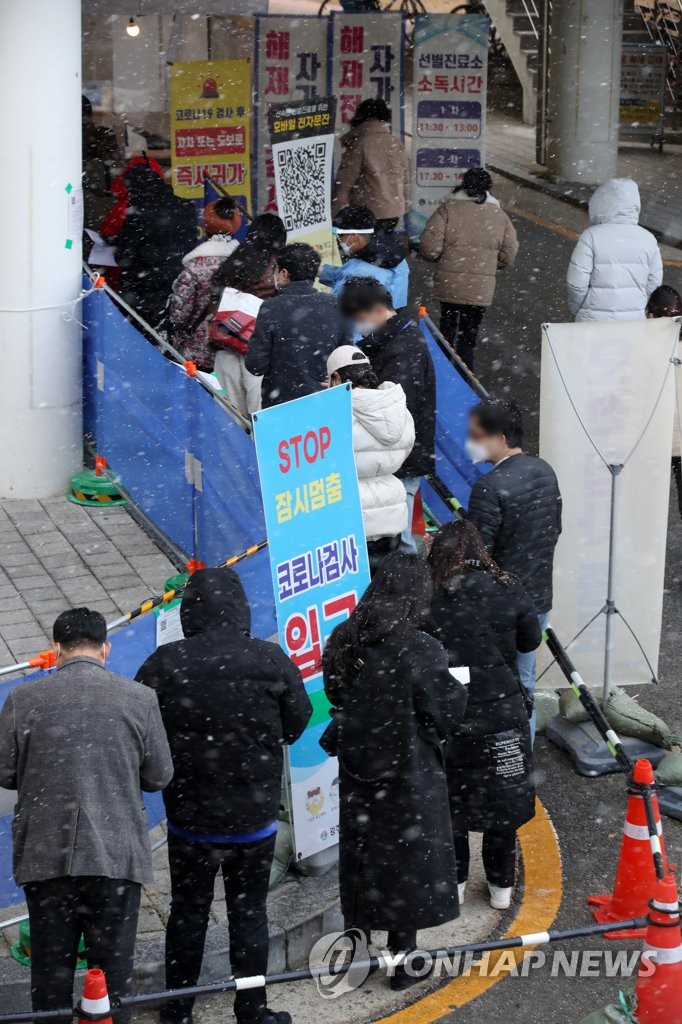