According to police, 762 million won has been set aside for security-related funds for the March presidential election, including those for candidates' close-up security, equipment and transportation support.

The budget marks an increase from 728 million won in the previous presidential election.

Candidates of the ruling and main opposition parties, Lee Jae-myung and Yoon Suk-yeol, will be protected by some 30 police personnel after their official candidate registrations with the National Election Commission in February. Nominees from smaller parliamentary parties will also receive security support.

The level of security will match those of the prime minister, National Assembly speaker and Supreme Court chief justice.

Police have also reserved 582 million won for operating a comprehensive situation room to oversee security operations of the election. The situation room is expected to be run around the clock for 25 days. 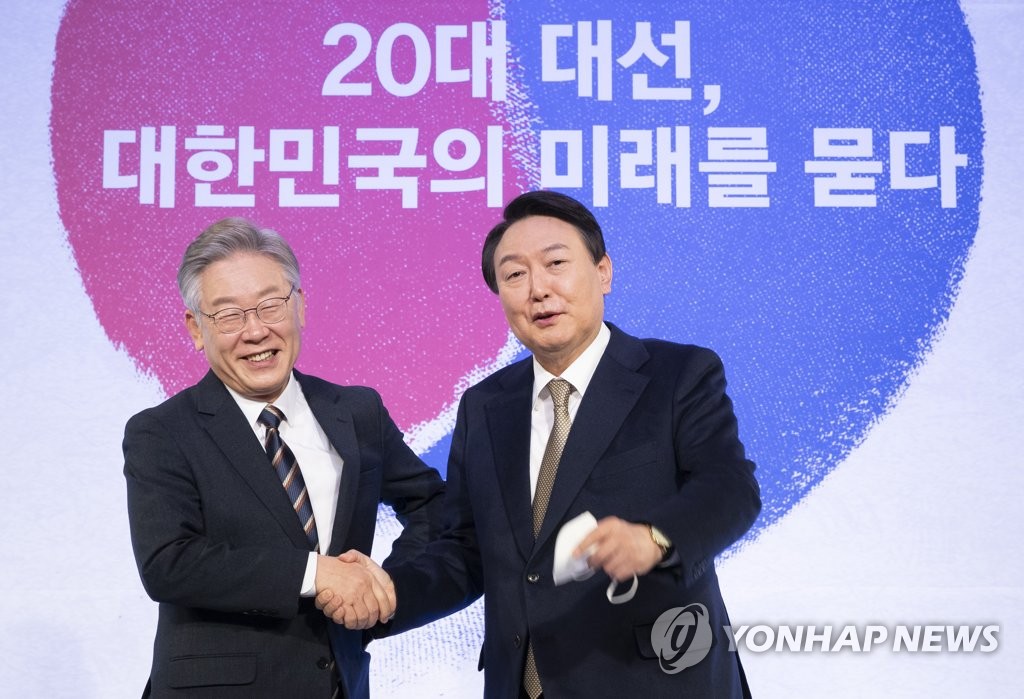