SEOUL, Dec. 20 (Yonhap) -- South Korea on Monday held an annual ceremony enshrining the remains of 370 fallen troops that its excavation team recovered from key battle sites of the 1950-53 Korean War this year.

The defense ministry's team and troops from the Army and the Marine Corps recovered the remains of the troops, including 281 South Koreans, in 41 locations, including border counties of Cherwon and Inje, during their excavation work from March to November

While most remains have yet to be identified, 24 of the 370 troops are presumed to be North Korean with 65 thought to be Chinese, according to the Office for Government Policy Coordination under the prime minister's office.

"We will continue to fulfill the infinite state responsibility to return the deceased troops who made the sacrifices for the nation," the Office for Government Policy Coordination said in a press release.

The government launched the excavation project in 2000 to mark the 50th anniversary of the outbreak of the Korean War. Its team has so far recovered the remains of more than 12,000 troops killed in the conflict. 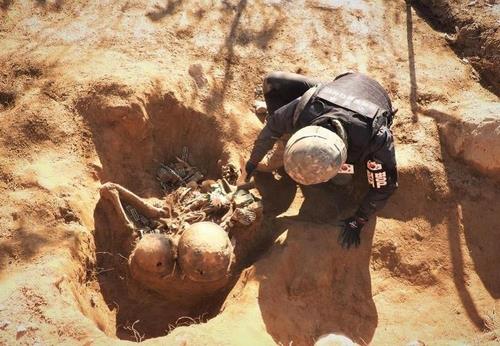