Moon's order came as hospitals have struggled to secure beds for these patients amid a surge in their numbers, with the daily count hitting an all-time high of 1,025 on Sunday.

"I ask national university hospitals to focus their medical capacities on treating critically ill COVID-19 patients," Moon said during a meeting with his aides, according to his spokesperson Park Kyung-mee. 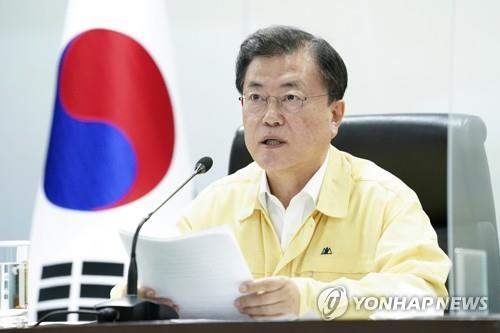 The president asked that public hospitals in the capital area change their specialization to infectious diseases where possible, and that private hospitals support the effort by treating other patients, Park said in a written briefing.

"I ask that public sector medical workers be assigned to treat COVID-19 patients as much as possible," Moon also said, citing doctors serving in the military.

The president's directives come amid a growing sense of urgency within the government that a return to normalcy will be difficult unless hospital beds are secured to treat COVID-19 patients.

Last week, the government reversed its phased program for a return to normal by reintroducing strict social distancing rules, including a 9 p.m. curfew on restaurant and cafe business hours.

"Securing COVID-19 hospital beds is entirely the government's responsibility," Moon said, admitting that the efforts of the past year to nearly double the number of beds and expand at-home treatment fell short of the level needed to allow a return to normal.

"The government will continue to implement its plans for securing hospital beds without interruption and take special measures to expand the medical response capacity," he said.

Moon ordered the government to assist COVID-19 hospitals with sufficient financial support and compensation for their losses.

He also instructed Cheong Wa Dae to create a government-civilian task force charged with resolving the issue of bed shortages.

At a 2022 economic policy meeting later in the day, Moon noted the importance of resuming the return to normal in order to boost domestic consumption and jobs, but praised his administration's achievements so far.

"We have written a new history of overcoming crises and emerged as a global economic power in name and reality," he said. "The most positive achievement was that we reduced income polarization amid the crisis and improved its distribution."

Moon also reaffirmed the government's commitment to stabilizing real estate prices and supplying more homes next year, and asked attendees, including Finance Minister Hong Nam-ki, to do their best to overcome the various economic challenges facing the nation until the end of his term in May 2022. 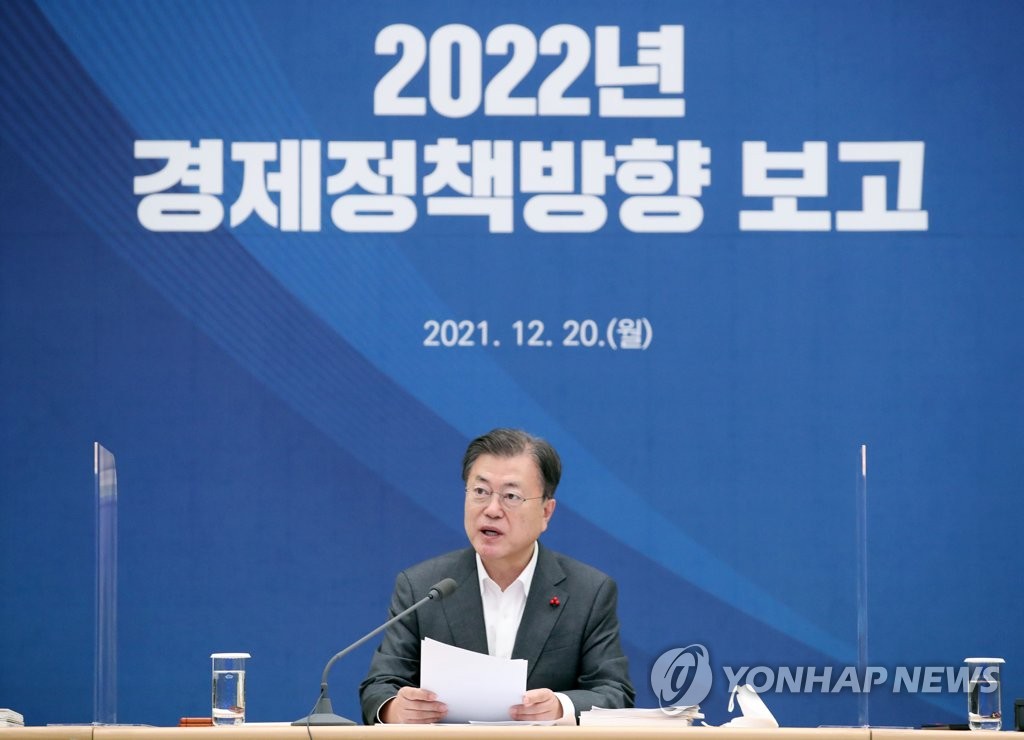