HWASEONG, South Korea, Dec. 20 (Yonhap) -- An extremely premature baby of an American military officer couple has grown healthy enough to be discharged from the hospital and sent to the United States, hospital officials said Monday.

The baby weighed only 720 grams when born on Sept. 10, just over 25 weeks into pregnancy, through cesarean section at Hallym University Dongtan Sacred Heart Hospital in Hwaseong, about 40 kilometers south of Seoul.

The baby, who could not properly breathe due to not having fully developed lungs, was sent to an intensive care unit (ICU) upon birth and received urgent CPR treatment. After that, a team of doctors, including a pediatrician, thoracic surgeon and physiatrist, focused on helping the baby recover.

After 98 days of hospitalization, the baby was discharged at a weight of 2,510 grams without any neurologic complications. The baby was transferred to a U.S. hospital, as the parents were reassigned to posts in the country.

"We had difficulties explaining the baby's health conditions to the parents due to cultural differences, but all the ICU staff did their best to give reassurance to the parents with visual explanations and in other ways," Choi Seo-heui, a pediatrics professor who took care of the baby, said. 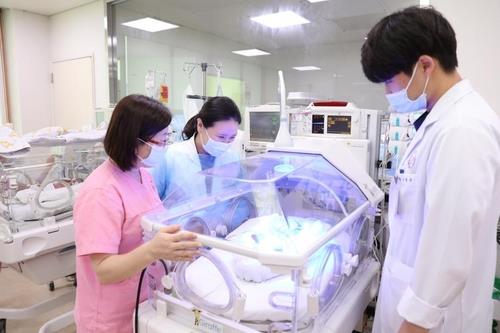 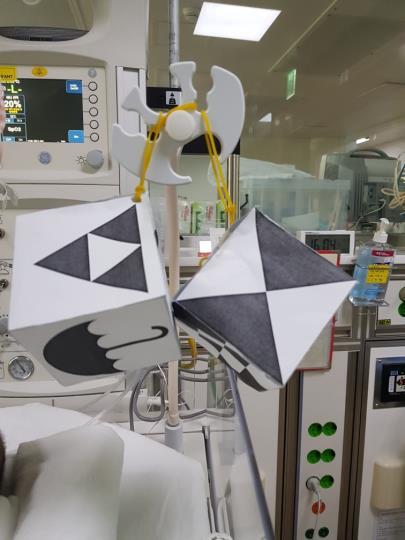