SEOUL, Dec. 20 (Yonhap) -- South Korea's Defense Minister Suh Wook met with his Thai counterpart in Bangkok on Monday to discuss defense cooperation between the two countries and the security situations on the Korean Peninsula and in the region, his ministry said.

Suh held talks with Thai Prime Minister Prayut Chan-o-cha, who doubles as defense minister, on the second day of his three-day visit to Thailand.

The two ministers also agreed to join forces in coping with the COVID-19 pandemic within their militaries.

Prayut especially asked South Korea to share its knowledge with the ASEAN Center for Military Medicine (ACMM), an organization based in Bangkok that promotes health cooperation among militaries in the region.

Suh also called for Bangkok's support on the ASEAN-ROK Informal Defense Ministers Meeting, held in November for the first time, as Seoul pushes to cement ties with the regional bloc under its signature New Southern Policy. ROK stands for South Korea's formal name, the Republic of Korea.

The previous day, Suh met Korean War veterans of Thailand, one of 16 U.N. member countries that sent troops to South Korea to help defend it in the 1950-53 war.

After completing his schedule in Thailand, Suh will fly to Singapore for talks with his counterpart, Ng Eng Hen, on defense cooperation and exchanges. 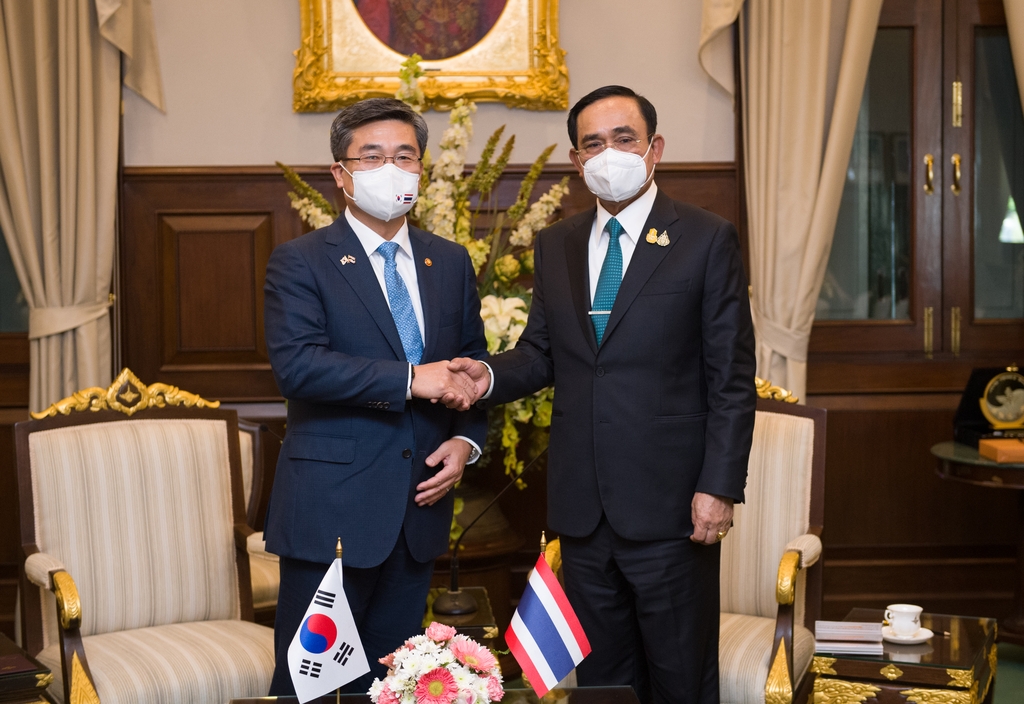