SEOUL, Dec. 21 (Yonhap) -- South Korea's exports grew 20 percent on-year in the first 20 days of December on the back of solid demand for chips and petroleum products, customs data showed Tuesday.

The country's outbound shipments stood at US$36.9 billion in the Dec. 1-20 period, compared with $30.7 billion a year earlier, according to the data from the Korea Customs Service.

Imports jumped 42.1 percent on-year to $39.6 billion, resulting in a trade deficit of $2.66 billion during the cited period, the data showed. 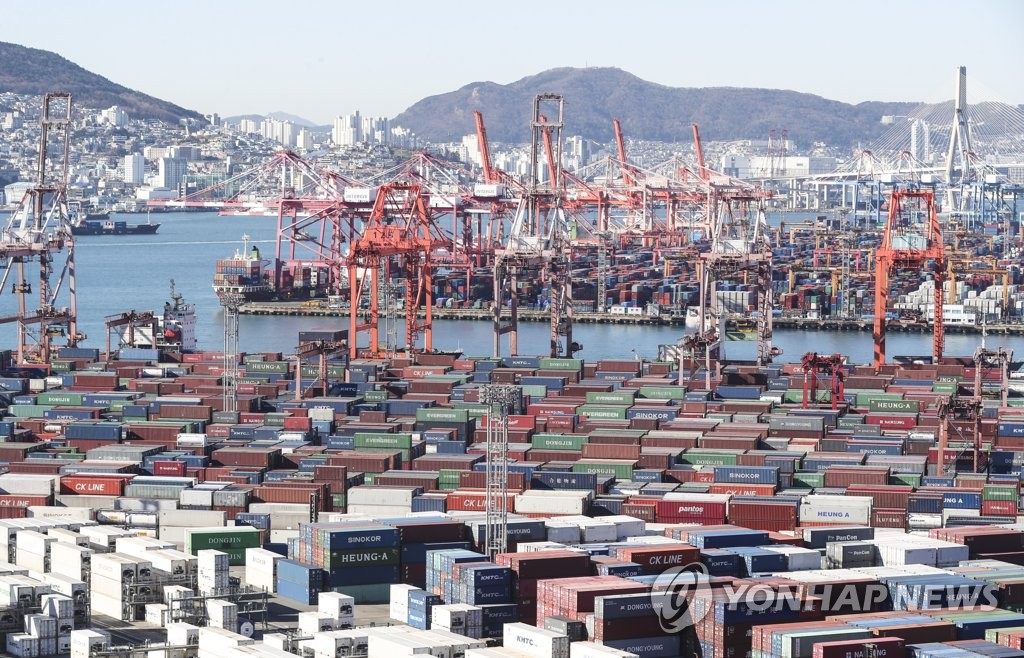 Shipments of autos, meanwhile, declined 4.1 percent on-year amid a global shortage of automotive chips. Autos accounted for some 7 percent of South Korea's exports.

Exports, which account for half of the economy, grew 32 percent on-year to a record high of $60.44 billion in November, extending their gains to the 13th straight month.

The country's exports are set to exceed $640 billion this year, hitting a record high. The government set the annual target of exports at around $660 billion for next year.

The Bank of Korea forecast Asia's fourth-largest economy will expand 4 percent this year and grow 3 percent next year. The finance ministry expects the Korean economy to grow 3.1 percent in 2022.