The data by Statistics Korea showed that 56.5 percent of people in the age group borrowed money from banks or other financial institutes last year, up 0.2 percentage point from the previous year.

The amount of their median debt reached 52 million won (US$43,600) last year, up 7.1 percent from a year earlier. Median debt is a mid-point debt that divides such people into two equal groups.

This means their indebtedness increased as they took out loans to buy homes. 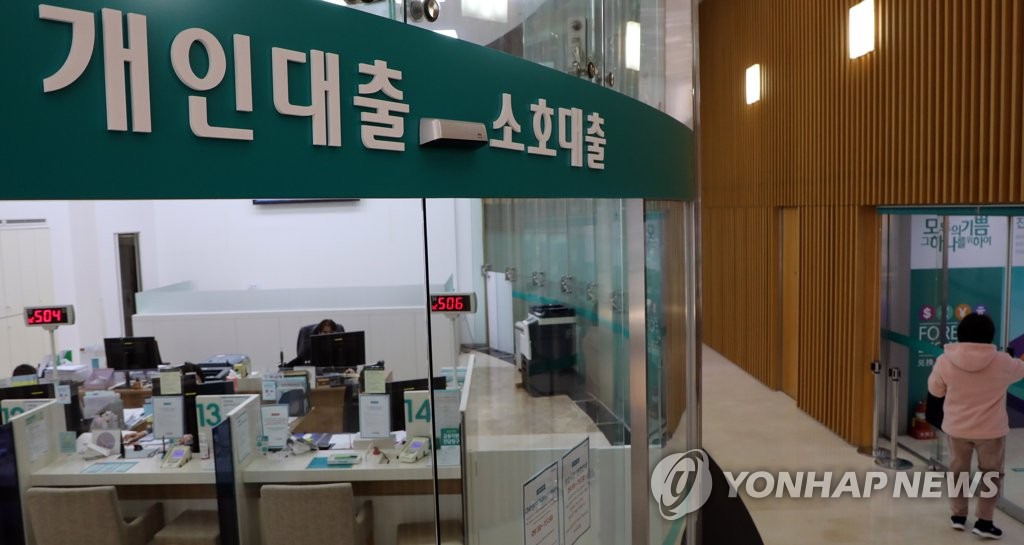 The country's household debt has been repeatedly cited as the main drag on Asia's fourth-largest economy, as households' high indebtedness is feared to curb domestic demand and thus crimp economic growth.

Household credit came to a record high of 1,844.9 trillion won as of end-September, up 36.7 trillion won from three months earlier, according to central bank data.

The statistics agency said middle-aged people reached 20.09 million as of Nov. 1, 2020, accounting for 40.1 percent of the country's 52 million population.

The number of households that consist of people aged 40-64 as breadwinners reached 13.24 million last year, accounting for 63.2 percent of all households.

Separate data showed more than half of unmarried South Koreans in their 30s are living with their parents without moving out on their own, called a "kangaroo tribe"

Kangaroo tribe is a local term that refers to people who depend on their parents financially and emotionally even as they become old enough to leave their parents' homes.

Over half of middle-aged people indebted in 2020

Over half of middle-aged people indebted in 2020