SEOUL, Dec. 21 (Yonhap) -- Families separated by the 1950-53 Korean War in South Korea have produced more than 24,000 video messages for their long-lost relatives in the North, but almost all of them have yet to be delivered, Seoul's unification ministry said Tuesday.

Of the 24,077 video letters produced since 2005, including 1,004 created this year, only 20 of them were sent to North Korea in 2008 following inter-Korean Red Cross talks the previous year, according to the ministry.

South Korea has been pushing to hold reunions of the separated families via video link but little progress has been made amid chilled inter-Korean relations.

The two Koreas held the families' last face-to-face reunions in August 2018 at the Mount Kumgang resort on the North's east coast, the first such event in about three years.

The government has also launched a project to compile DNA information of the families to help them find their relatives across the border since 2014, and 25,149 people have taken part in the program so far.

The separated families are one of the most urgent humanitarian issues facing the two Koreas, as most of the survivors are in their 80s and older.

Tens of thousands of people remain apart from their loved ones since the three-year war ended in a truce, not a peace treaty.

Unification Minister Lee In-young said last month that Seoul will make utmost efforts to resume the reunions on the occasion of the Lunar New Year, called Seol in Korean, early next year, though North Korea remains silent on the issue.

"We have enough time to prepare for video reunions if North Korea responds to our calls this month as the two Koreas have an experience of holding such video-linked reunions in the past," a ministry official said. 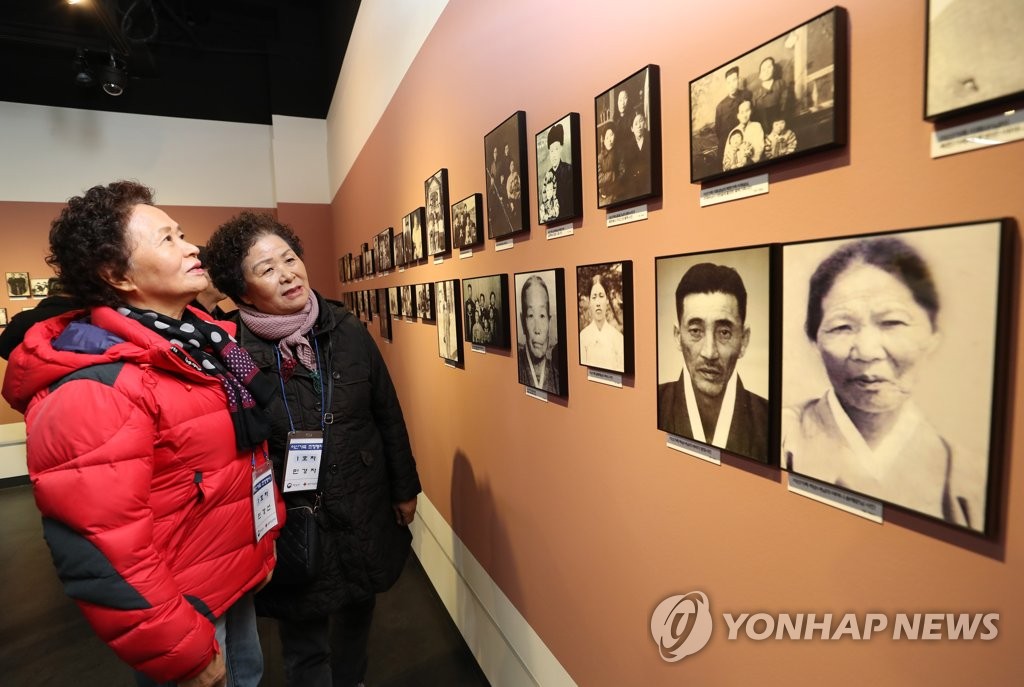