Jeong Eun-bo, chief of the Financial Supervisory Service (FSS), made the remarks during an online press conference amid criticism that banks and other financial firms are quicker to increase their loan rates than raise rates on deposits.

The rate hikes are in line with the central bank's push to increase borrowing costs to tame inflation.

But critics say the widening loan-deposit margin is just fattening the pockets of financial firms at the expense of consumers.

"It is undesirable and impossible for the government to get directly involved in (determining) interest rate levels that are supposed to be determined by supply and demand (in the market)," Jeong said.

"But financial regulators should pay attention to whether the difference between rates on loans and savings are being determined in a reasonable manner," he said.

"The FSS's stance is that it will take necessary action if the difference widens beyond levels deemed to be reasonable."

Jeong said that when loan rates grow at a faster pace than rates on deposits, it results in more profits for financial firms but imposes additional burdens on borrowers.

Borrowing costs have been on the rise at a fast clip recently as the government has tightened rules on making loans due to worries about soaring household debt.

Last month, the Bank of Korea also raised its policy rate by a percentage point to 1 percent to rein in inflation and household debt, the second rate hike in three months.

Financial authorities are trying to keep the on-year growth of aggregate household debt in the 4-5 percent range for next year.

Jeong said that such tightened lending rules are necessary to preemptively manage market risks linked to household debt amid heightened macroeconomic uncertainty but noted that efforts should also be made to help those in actual need of borrowing to get access to loans.

He voiced optimism that the annual household debt growth rate for next year will be kept under the government-set target range through tightened lending rules and other efforts. 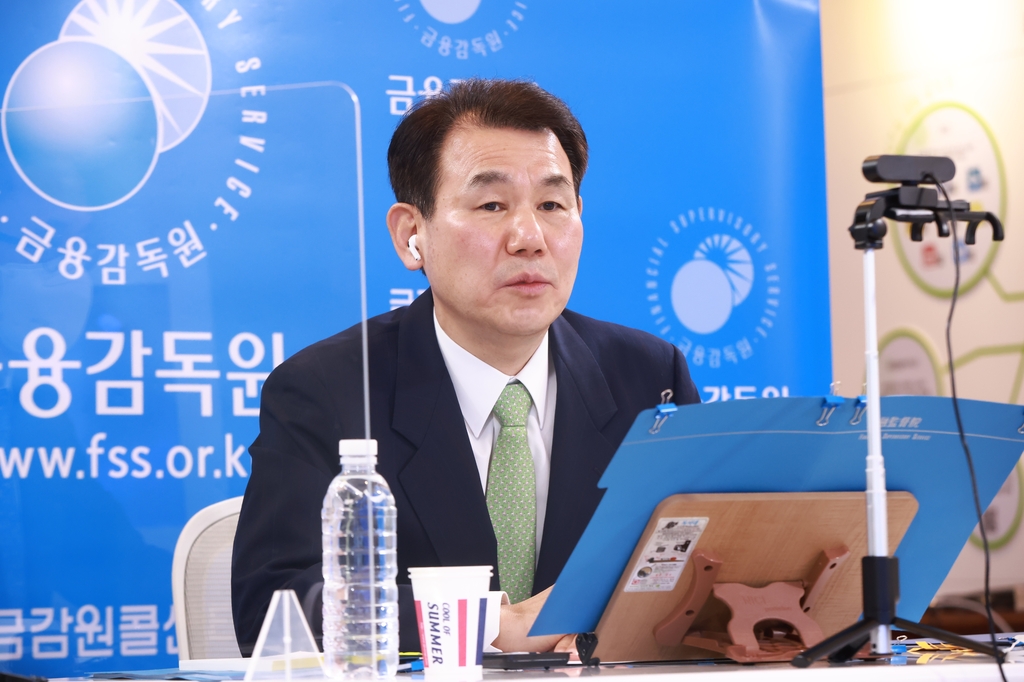