SEOUL, Dec. 21 (Yonhap) -- South Korea's content industry made a rebound in sales in the first half from a year earlier on rapid growth in advertising and cartoon sectors, a government report showed Tuesday.

Industry-wide sales reached 61.2 trillion won (US$51.3 billion) in the first six months of this year, up 6 percent from the previous year, according to the report by the culture ministry and the Korea Creative Content Agency.

It marked a turnaround from a 1.9 percent on-year drop in the first half of last year due mainly to the COVID-19 pandemic.

Sales of advertisement and cartoons expanded 24.9 percent and 22.9 percent, respectively, to lead the first-half growth, followed by those of video games with 10 percent.

But the film sector posted a 36.1 percent on-year plunge in the January-June period due to a sharp drop in ticket sales and productions.

Exports of South Korean content increased 6.8 percent on-year to $5.28 billion in the six months through June.

Overseas sales of cartoons grew the most, surging 45.5 percent from a year ago, while exports for ads jumped 36 percent on-year and those of films increased 13.1 percent.

The report was compiled based on business results of 2,700 companies as well as an analysis of data from 138 listed firms. 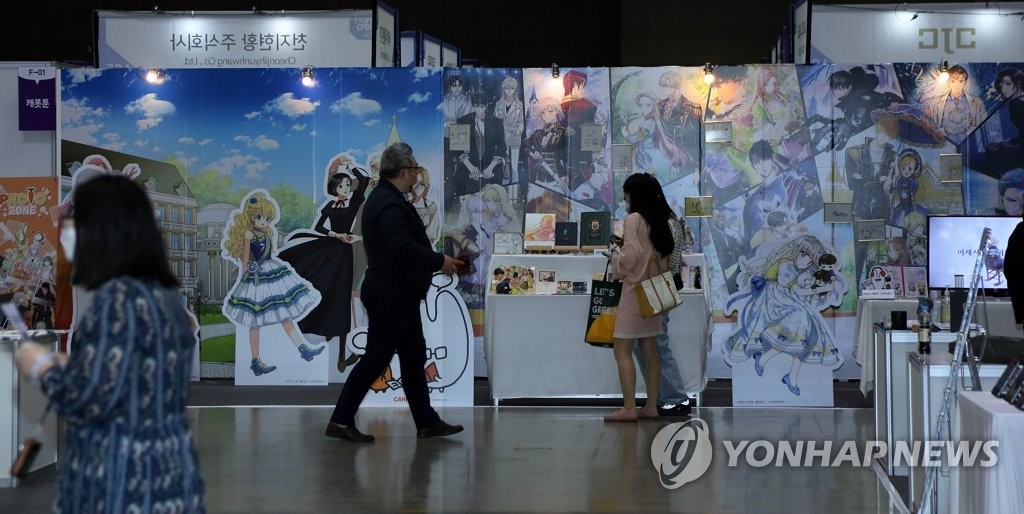