SEOUL, Dec. 21 (Yonhap) -- Owners of restaurants, cafes and other small businesses plan to hold a rally in Seoul this week to protest the government's implementation of toughened gathering restrictions and business curfews, according an association of small merchants Tuesday.

The so-called national emergency association of small business against COVID-19 said it plans to hold the rally Wednesday afternoon near Gwanghwamun Square in central Seoul. The number of participants was set at 299 in line with the latest gathering restriction, and protesters will be screened for their vaccination statuses, organizers said.

Some shop owners have also announced plans to defy the state-mandated business curfews in order to keep their business up and running.

"We plan to operate 24 hours despite the government imposed business restriction," showed a notice in front of a cafe in Incheon, 40 kilometers west of Seoul. A photo of the notice was shared on an online community of small merchants.

The business explained its accumulated debt came to 1 billion won (US$840,000) in the past year and has to continue operating as normal due to the absence of government compensation.

Many comments in support of the decision were written on the online post. One person wrote "more businesses need to join," while another person said "we are in need of such courage." 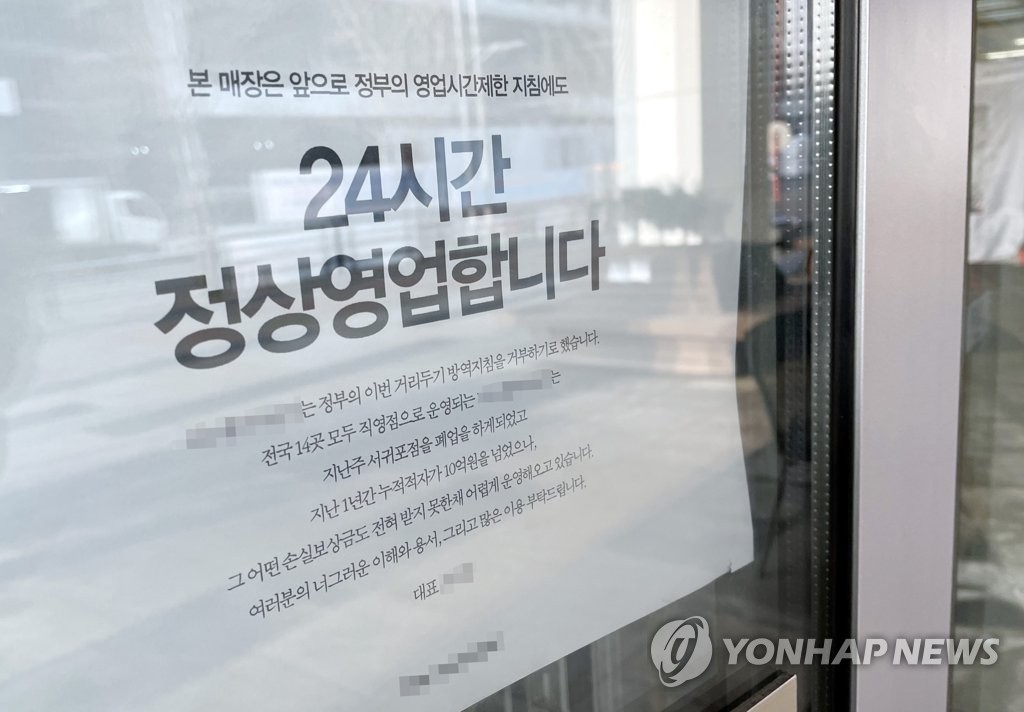