SEOUL, Dec. 21 (Yonhap) -- The chief of the main opposition People Power Party (PPP) said Tuesday he will quit all his positions in the party's presidential campaign committee following a dispute with a senior member of the committee.

Lee Jun-seok announced his departure at a press briefing at the National Assembly after Rep. Cho Su-jin, the PPP campaign's communications chief, disobeyed his order and said she would listen only to the party's presidential nominee, Yoon Suk-yeol.

Later in the day, Cho also offered to resign from the campaign. 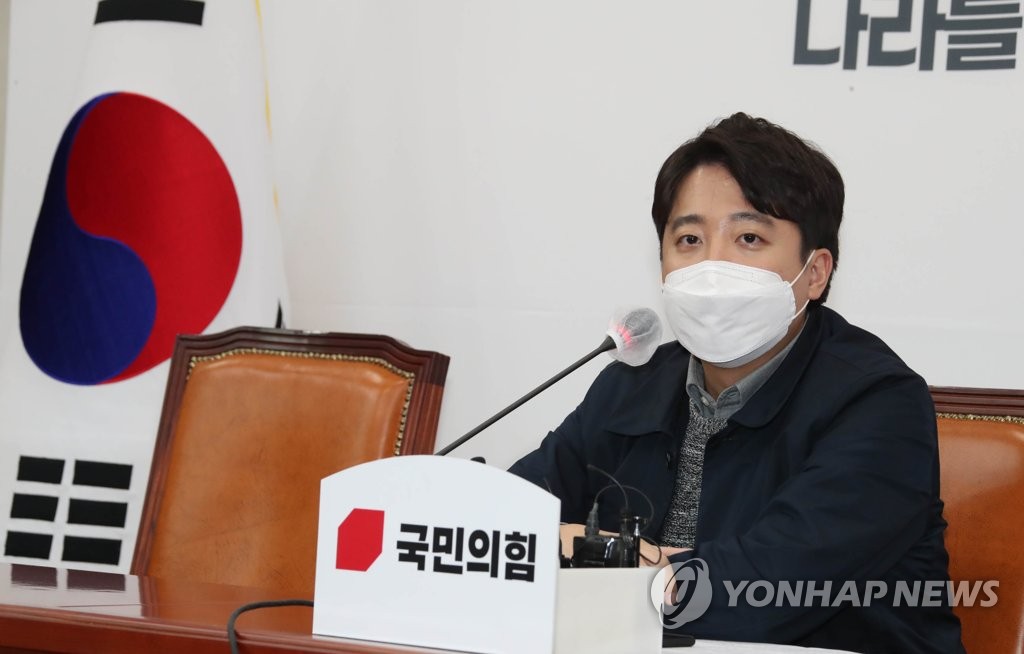 Lee has served as a standing co-chair of the committee and overseen its publicity and media relations. He made clear, however, that he will continue to serve as the party's chairman even after stepping away from the committee.

"If a member of the campaign committee says there is no need to follow the orders of the standing committee chair, that amounts to a denial of the need for a committee," Lee said.

The two reportedly got into a heated debate during a closed-door meeting on Monday while discussing the party's response to allegations Yoon's wife falsified her credentials on past job applications.

After the argument, Cho shared a YouTube video clip that questioned Lee's mental health with several reporters, leading the chairman to demand she resign voluntarily.

Instead, Cho apologized to Lee on Facebook, rather than in person.

Lee rejected the Facebook apology as insincere and demanded Cho step down.

After Lee's press conference, Cho apologized again in front of reporters, saying she hopes he will reconsider.

In the evening, she announced her resignation as vice chair and communications chief of the campaign committee on social media and apologized to the people and party members who wish for a change of government.

The chairman had previously raised speculation that he may be preparing to resign after he abruptly canceled his public activities last month. That time, he clashed with Yoon's campaign over its recruitment of a professor regarded by some as a feminist, among other issues.