SEOUL, Dec. 21 (Yonhap) -- Two men in their 20s were each sentenced to 30 years in prison Tuesday for locking up their high school classmate and abusing him to death earlier this year.

The Seoul Western District Court also ordered them to wear an electronic tracking bracelet for 10 years, convicting them of multiple charges, including revenge murder and confinement.

The 21-year-old defendants, surnamed Kim and Ahn, assaulted the victim from September to November of last year and blackmailed him into writing a fraudulent contract that he will pay off debt to them.

The victim sued them on assault charges, and Kim and Ahn underwent police questioning in January.

In revenge, they took the victim to their residence in western Seoul on March 31 and locked him up. Then they forced the victim to drop charges against them, extorted more than 5.7 million won (US$4,775), and restrained and tortured him from April to June.

The police arrested the two after finding the victim's dead naked body at their residence on June 13.

According to court records, the victim died of pneumonia and malnutrition. He only weighed 34 kilograms at the time of his death.

"The victim, who was in his 20s, must have suffered extreme physical and mental pain, and despair while being tortured to death by the defendants," the court said. 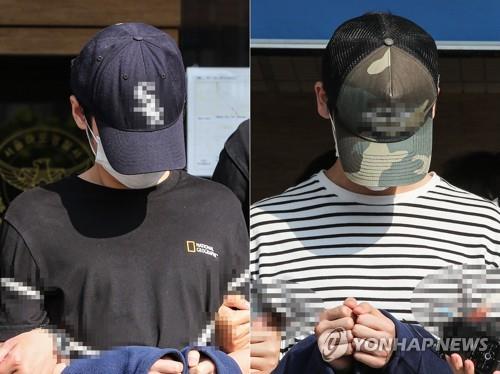