SEOUL, Dec. 21 (Yonhap) -- South Korea on Tuesday voiced concerns as the operator of Japan's crippled Fukushima nuclear power plant filed for approval for its plan to release radioactive water into the sea.

"We express serious concerns as Japan is proceeding with its plan to unilaterally release the contaminated water into the sea despite our repeated expression of concerns and persistent calls for the withdrawal of plan," the government said.

The government will convey such a stance to Japan through diplomatic channels, it added.

The government criticized Japan for not providing sufficient explanation over the planned dumping.

"We delivered a letter to Japan yesterday requesting detailed explanations to key questions on the issue," the government said.

South Korea's nuclear watchdog, the Nuclear Safety and Security Commission, has also sent a letter to Japan's NRA calling for an independent and transparent review, it added.

In April, Japan announced a plan to start discharging the radioactive water into the sea in 2023 in what is expected to be a decadeslong process, as all storage tanks at the Fukushima plant are expected to be full as early as fall of 2022.

Last month, TEPCO said its planned release of radioactive water into the sea would have a very minimal impact on the marine environment and humans. 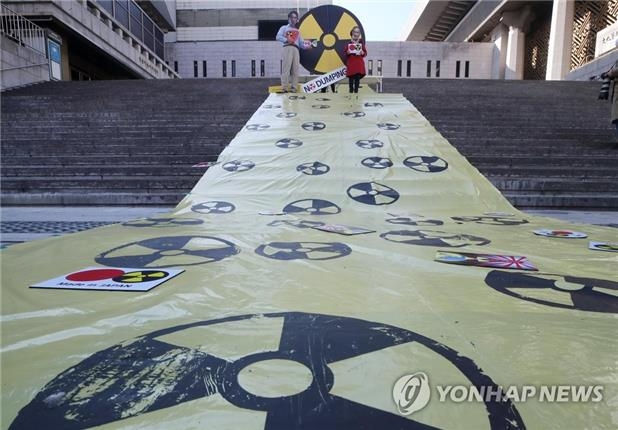