WASHINGTON/SEOUL, Dec. 22 (Yonhap) -- U.S. President Joe Biden has banned the provision of nonhumanitarian aid to North Korea for fiscal year 2022, accusing the reclusive state of human trafficking, according to the White House.

It marks the 19th consecutive year for a U.S. president to take such a measure against Pyongyang.

In a presidential memorandum for the secretary of state, posted on the White House website Tuesday (Washington time), Biden said the U.S. will not provide "nonhumanitarian, nontrade-related assistance" or allow funding for participation in educational and cultural exchange programs by officials of North Korea and other designated countries.

The ban will remain in place until the designated foreign governments comply with the "minimum standards" or make significant efforts to bring themselves into compliance with the minimum standards, the memorandum reads.

The minimum standards are stipulated in the U.S.' Trafficking Victims Protection Act of 2000. The ban also applies to officials of Cuba, Russia, Syria and other countries.

Issuing an annual Trafficking in Persons report in July, the State Department designated the North as one of the human trafficking nations for the 19th straight year, saying the country does not fully meet the "minimum standards" for the elimination of trafficking.

Earlier this month, Washington imposed fresh sanctions on North Korea's Defense Minister Ri Yong-gil and other entities for their alleged ties to human rights abuses in a move feared to dampen Seoul's hopes for the resumption of dialogue with Pyongyang. 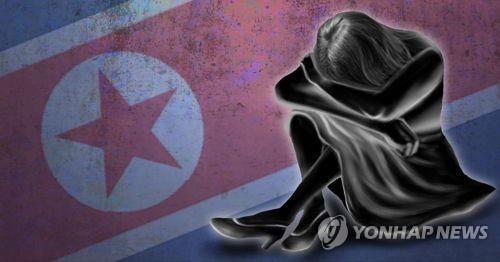