SEOUL, Dec. 23 (Yonhap) -- South Korea's new coronavirus cases fell below 7,000 on Thursday, but critical cases and deaths surged to record highs as the country has reimposed antivirus restrictions amid the resurgence of infections and spread of the omicron variant.

Thursday's tally is down from 7,456 on Wednesday but higher than 5,202 reported Tuesday. The number of new daily cases usually shrinks at the beginning of the week due to less testing over the weekend.

The number of critically ill patients came to a fresh high of 1,083, the KDCA said, breaking its previous record high of 1,063 tallied Wednesday.

Son Young-rae, a high-ranking official at the government agency, told a press briefing that the overall "upward trend has slowed down significantly" on increased booster shots and tightened virus restrictions. 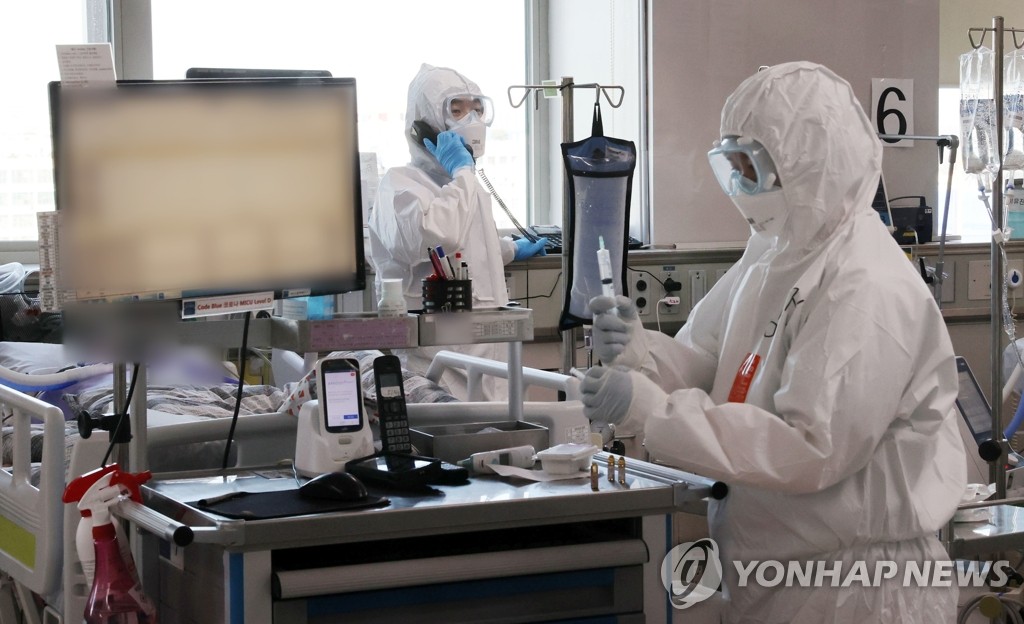 The country added 109 more deaths from COVID-19, the most in one day since the onset of the pandemic, bringing the total to 5,015. The fatality rate stood at 0.85 percent.

Health authorities and local governments, meanwhile, had reported 5,698 new cases as of 9 p.m., up 390 from the same time the previous day, but down 203 from the comparable time a week earlier. The greater Seoul area accounted for 71.8 percent of the new cases, with Seoul registering 2,098 cases, down 218 from a day earlier.

The KDCA expected the daily caseload will exceed 7,000 cases Friday.

The bed occupancy rate in intensive care units for COVID-19 patients stood at 79.1 percent as of 5 p.m. on Wednesday, slightly down from 79.2 percent from the same time a day earlier. The figure for the greater Seoul area came to 85.1 percent.

A figure higher than 75 percent is considered to have surpassed the saturation point. As of midnight, 367 COVID-19 patients in the greater Seoul area were waiting to be admitted to hospitals while undergoing at-home treatment.

On Wednesday, the government said it will secure some additional 7,000 hospital beds for patients by the end of January to cope with the possibility of daily COVID-19 cases reaching 10,000.

The government is also planning a separate set of measures to cope with a possible situation where daily COVID-19 cases reach 15,000.

It marks a reversal of the government's "living with COVID-19" scheme that began early last month, with an aim to return to normalcy by relaxing virus restrictions in phased steps.

The KDCA said 63 cases came from overseas, raising the caseload to 16,600.

As of Thursday, 85.3 percent of the country's 52 million people had received their first shots of COVID-19 vaccines, and 82.2 percent had been fully vaccinated, while 26.7 percent had gotten booster shots, the KDCA said.

Oral antiviral treatment for COVID-19 will be introduced to patients receiving at-home treatment, as well as high-risk patients and those with moderate and mild symptoms, the authorities said. The exact date of the rollout is expected to be announced later this month. 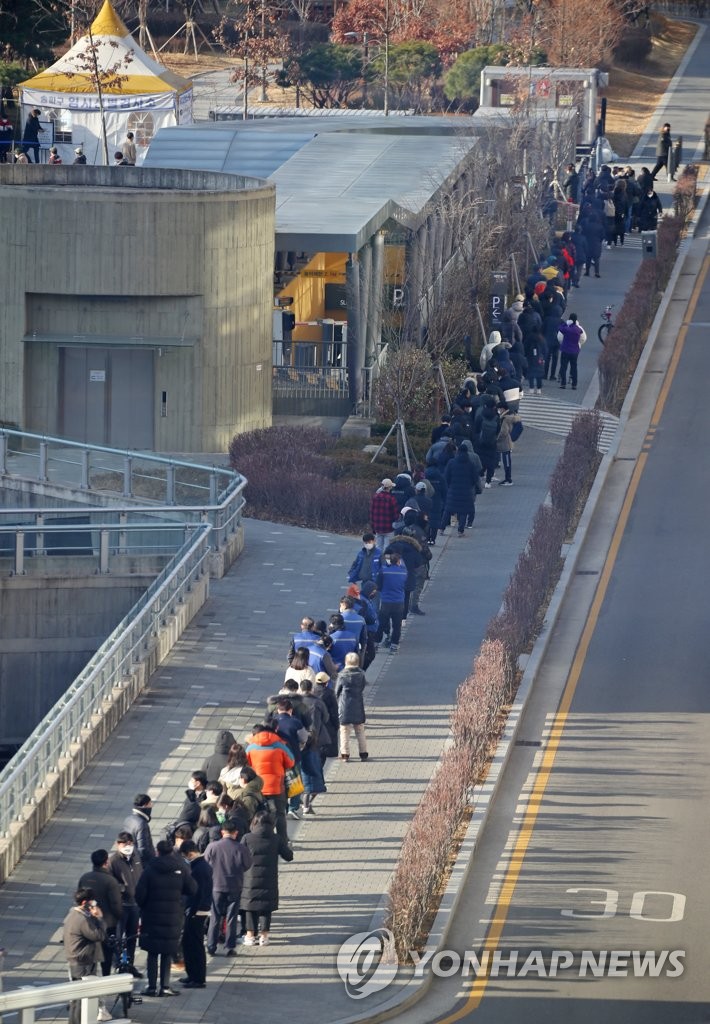