SEOUL/BEIJING, Dec. 23 (Yonhap) -- South Korea and China will hold high-level strategic talks on Thursday, the first of its kind between the two sides in more than four years, to discuss bilateral cooperation on regional and global issues, Seoul officials said.

The discussions are expected to touch on a wide range of issues, such as peace efforts for the Korean Peninsula, the regional and global security situation and ways for cooperation to develop bilateral relations. In the coming year, Seoul and Beijing mark the 30th anniversary of establishing diplomatic ties.

They will also likely exchange opinions on a possible summit between their leaders and whether South Korea will send a government delegation to the Beijing Winter Olympics scheduled to kick off in February.

The U.S., and some like-minded nations have stated plans to boycott the games diplomatically. South Korea said it has yet to make a final decision on the matter.

The Chinese government expressed hope the talks will play a positive role in the development of bilateral relations.

"China and South Korea are important neighbors and partners," Zhao Lijian, spokesperson for Beijing's foreign ministry, stated. He also noted the two sides are marking the "year of cultural exchange" together this year and in 2022.

"Next year is the 30th anniversary of China and South Korea forging diplomatic ties, and their relations have faced new, important development opportunities," he said. "(We) hope that the Strategic Dialogue this time will play a positive role in promoting communication and trust, and developing bilateral relations."

In December last year, Choi and Le held virtual talks on bilateral ties, the COVID-19 pandemic and other issues of mutual interest, but it was not a formal strategic dialogue session. 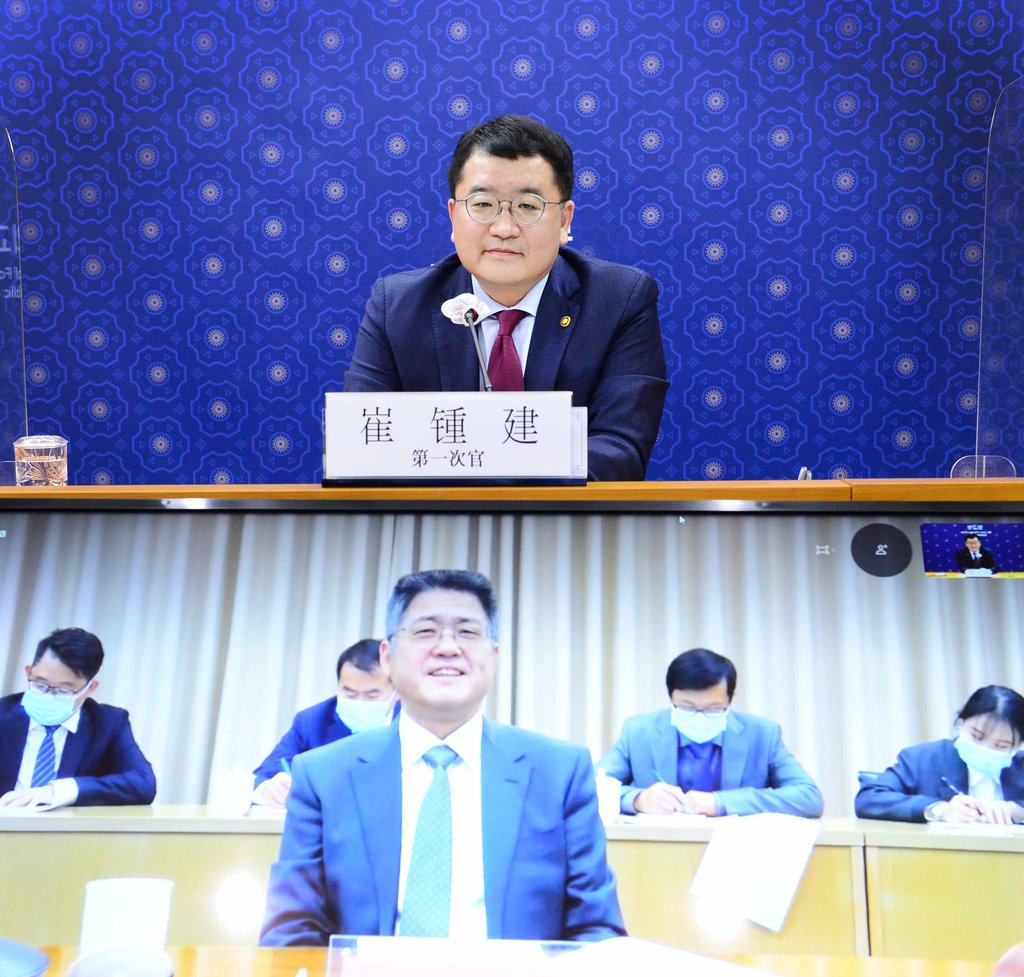