SEOUL, Dec. 23 (Yonhap) -- Investigative authorities of South Korea and the United States have cooperated to crack down on a 2017 cryptocurrency phishing scam and help victims recover some of their losses, prosecutors in Seoul said Thursday.

The Supreme Prosecutors Office (SPO) said it arrested two South Korean suspects behind the cyber fraud and confirmed the identify of one Japanese suspect based on intelligence provided by the U.S. Federal Bureau of Investigation (FBI) in 2018.

The SPO and the FBI then teamed up to seize crypto assets from one of the Korean suspects and have so far paid about 140 million won (US$118,000) in restitution to some fraud victims.

The three suspects were accused of hacking IDs and passwords from visitors to a U.S.-based phishing site disguised as a Ripple-related site for seven months from June 2017 and stealing 900 million won (equivalent to 2.35 billion won in current value) from 61 victims -- 24 from South Korea and 37 from Japan. Ripple refers to both a cryptocurrency and a digital payment network.

Their arrests were made possible after the FBI transferred intelligence and data to the SPO, which then instructed the Seoul Eastern District Prosecutors Office to start an investigation.

The two Korean scammers were sentenced to 2 1/2 years in prison and one year in prison suspended for two years, respectively.

Despite the bust of suspects, the victims' losses were not recovered until March 2019, when the FBI discovered some cryptocurrency hidden by one Korean scammer in a U.S. crypto exchange and succeeded in freezing and confiscating the money.

The FBI then sent a list of 10 victims presumed to be related to the seized virtual currency to the SPO, which completed remittance of U.S. dollars worth about 140 million won to eight of them by the end of last month.

U.S. authorities are also said to be in the process of returning damages to the Japanese victims.

"Cryptocurrency scams are difficult to track down. This is the first time that the prosecution has successfully carried out the whole process of investigation and damage recovery through international cooperation," an official from the SPO said. 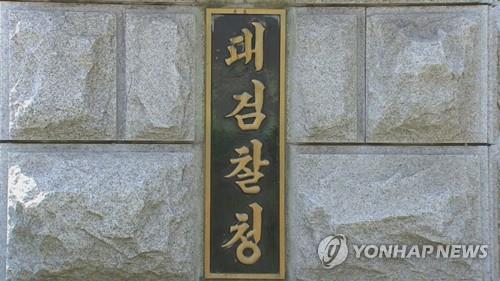 S. Korea, U.S. team up to recover damages for victims of crypto scams

S. Korea, U.S. team up to recover damages for victims of crypto scams