SEOUL, Dec. 24 (Yonhap) -- South Korea's central bank said Friday that it will "appropriately" adjust its monetary policy next year, given a variety of factors that could quicken inflation, suggesting that it will maintain the move to hike the key interest rate.

In a report laying out its monetary policy direction for 2022, the Bank of Korea (BOK) also expected that the country's inflation will run in its 2 percent target range next year but expressed concerns over intensifying upward pressure from global supply disruptions and a rebound in consumption.

"Next year's interest rate will be appropriately adjusted in accordance with improvement in economic conditions in a way that inflation could be stabilized at the target level and the danger from financial imbalance can be eased," the BOK said.

"We expect that the consumer price growth will be lowered to the 2 percent target level but will stay vigilant about the possibility that upward pressure could get stronger than expected due to such factors as prolonged global supply bottlenecks, pressure from the supply side and rising expected inflation."

Inflation has been cited as a major potential risk to the country's economy as soaring oil prices, global supply disruptions and a rebound in consumption are driving up the prices of goods and services.

South Korea's consumer prices jumped 3.7 percent in November from a year earlier, the fastest rise in about 10 years. The BOK aims to keep inflation at 2 percent.

To rein in inflation and household debt, the BOK raised its key interest rate by a percentage point to 1 percent last month, ending around two years of the zero range borrowing cost put in place to prop up the pandemic-hit economy.

In November, the central bank also revised up its consumer growth forecast to 2.3 percent from 2.1 percent projected three months earlier. It expects the prices to rise 2 percent next year, higher than the previous 1.5 percent growth.

BOK Gov. Lee Ju-yeol has said that monetary policy remains accommodative, hinting at the possibility of further rate hikes early next month. The central bank's next rate-setting meeting is slated for Jan. 14. 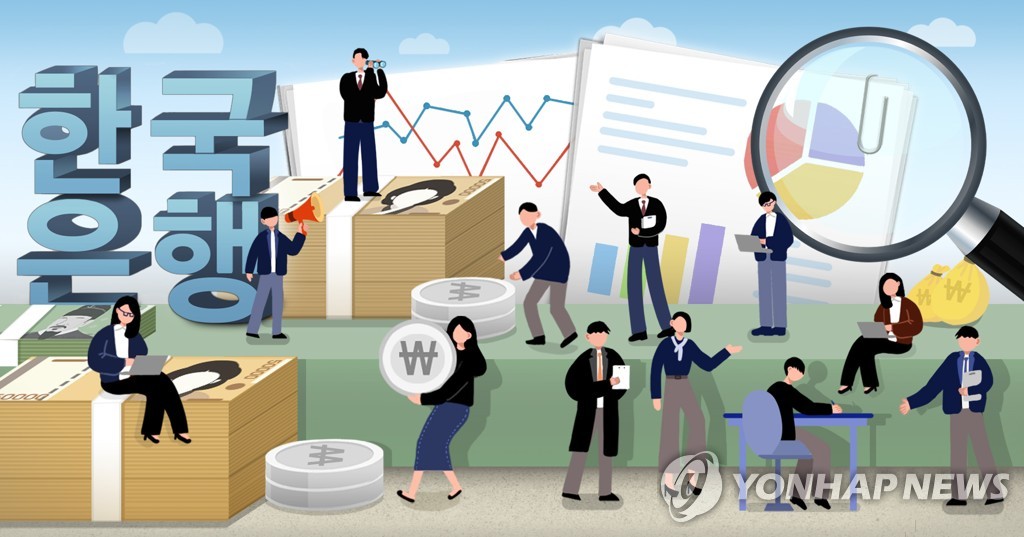 BOK to adjust monetary policy next year amid inflation woes

BOK to adjust monetary policy next year amid inflation woes