SEOUL, Dec. 24 (Yonhap) -- Prosecutors on Friday indicted Seoul's top education official on charges of alleged abuse of power in the process of hiring teachers who had been fired for engaging in union activities.

Cho Hee-yeon, the superintendent of the Seoul Metropolitan Office of Education, was charged without detention for allegedly influencing the process of reinstating five dismissed teachers, including members of a teachers' labor union, in 2018.

The probe into Cho's allegations was first launched by the Corruption Investigation Office (CIO) for High-ranking Officials, a state investigative agency separate from the prosecution service, in May.

By law, the CIO can prosecute only judges, prosecutors and high-ranking police officers. It demanded the prosecution service to indict the progressive superintendent and his former aide in September.

The investigation was the inaugural case handled by the CIO which was launched in January. Cho has repeatedly denied the charges against him. 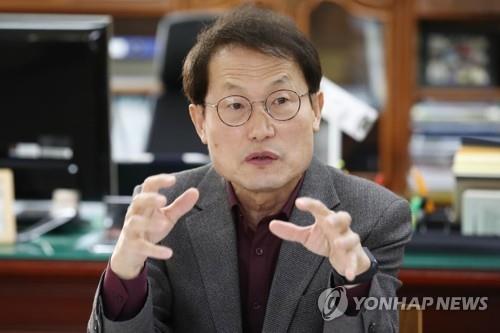