SEOUL, Dec. 25 (Yonhap) -- North Korea is expected to convene a key party meeting within the coming week amid expectations it could unveil the country's policy directions for the new year in the face of a prolonged stalemate in its nuclear negotiations with the United States.

The North's official Korean Central News Agency said earlier this month the ruling Workers' Party will hold a plenary meeting of its central committee "in the last third of December" to "discuss and decide on work plans for the new year."

Experts say the upcoming party event could replace North Korean leader Kim Jong-un's annual New Year's Day address, which is closely watched by the outside world for clues on the country's stance on nuclear talks and inter-Korean relations.

Kim skipped such speeches in the past two years, opting instead to unveil key messages via major party sessions around the turn of the calendar.

At the end of 2019, Kim presided over a four-day party plenary session and accused Washington of "hostile acts" against Pyongyang. This year, he convened a rare party congress in January and called the U.S. the North's "principal enemy." 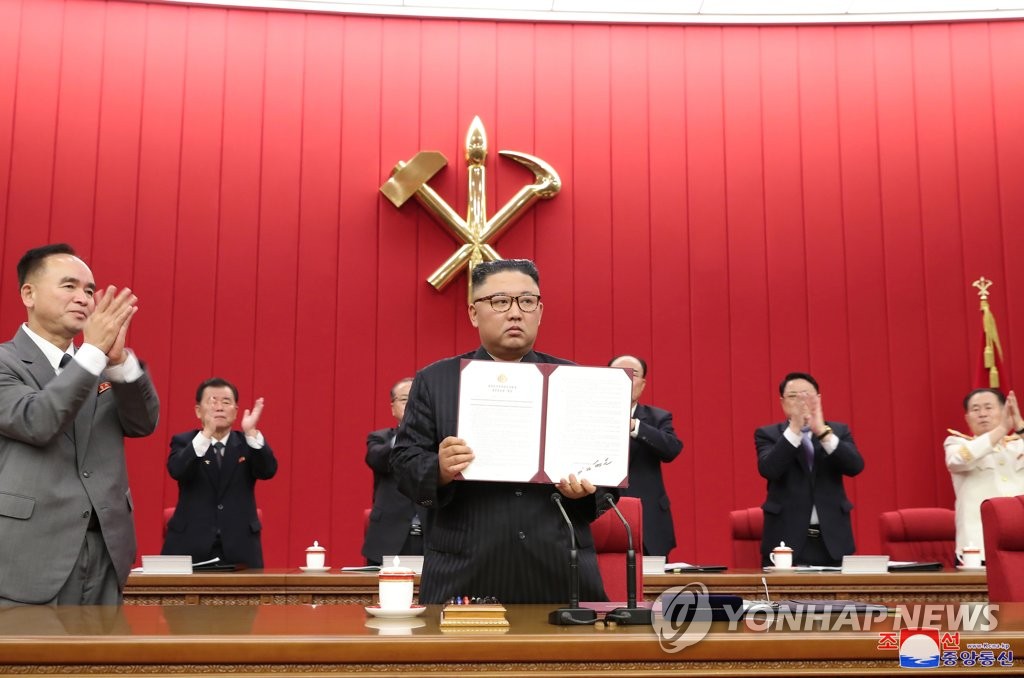 The upcoming session draws keen attention, as it may offer a clue to the unpredictable regime's next step, with nuclear talks with the U.S. having stalled since the collapse of the 2019 Hanoi summit.

At the North's last party plenary held in June, Kim ordered its officials to stay ready for both dialogue and confrontation.

The U.S. has urged North Korea to return to the negotiating table, but Pyongyang is demanding Washington first retract what it calls "double standards" and "hostile policy" against its regime.

Earlier this month, Washington imposed fresh sanctions on North Korea's Defense Minister Ri Yong-gil and other entities for their alleged ties to human rights abuses in a move feared to dampen Seoul's hope for the resumption of dialogue.

The country's economy is also expected to be high on the agenda at the upcoming meeting as North Korea is struggling from crippling sanctions and a protracted border closure due to COVID-19.

At the January party congress, Kim called for achieving economic development under a new five-year scheme after admitting to a failure in his previous development plan.

The party session also comes as the North is set to mark the 10th anniversary of Kim's rise to power.

Kim officially took the helm of the North on Dec. 30, 2011, with the "supreme commandership of the Korean People's Army," 13 days after his father and former leader Kim Jong-il died.

North Korea has been creating a commemorative mood ahead of the anniversary, highlighting Kim's achievements in a series of state media reports.

"The North has been frequently holding politburo meetings and plenary sessions to decide key policy issues after Kim rose to power in an indication the party has become a core decision-making platform," an official at Seoul's unification ministry said. "We will closely monitor the event as the North's stance on South Korea and the U.S. could be discussed." 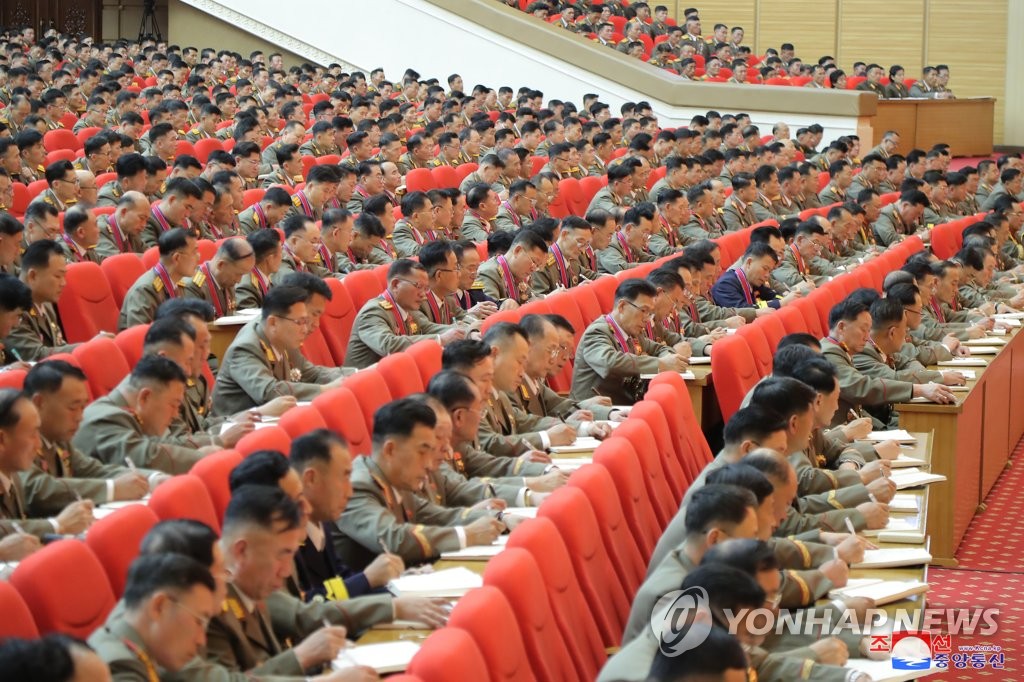