Suga was confirmed to have the virus in a polymerase chain reaction test after arriving in Seoul from the United States on Thursday, according to Big Hit Music.

"Suga received his second dose of a COVID-19 vaccine in late August," it said. "He has no special symptoms and is staying at home in accordance with the guidelines of the quarantine authorities."

The agency said the 28-year-old rapper, whose real name is Min Yoon-gi, has had no close contact with the six other members as he has been in self quarantine since his return from the U.S.

Seven members of BTS have been on vacation since early December following in-person concerts in the U.S. from Nov. 27-Dec. 2. 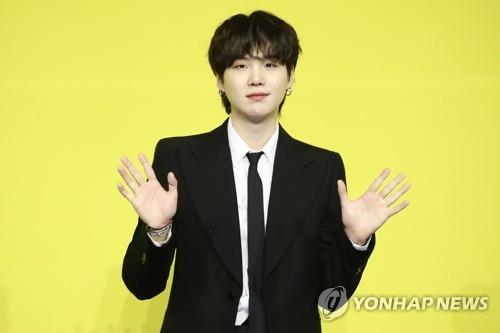