SEOUL, Dec. 25 (Yonhap) -- "Spider-Man: No Way Home," the latest Spider-Man series film, has become the No. 1 hit movie of the year in South Korea after surpassing the attendance record of local film "Escape from Mogadishu."

According to Sony Pictures, distributor of the American superhero film, "Spider-Man: No Way Home" attracted 4.17 million people as of 7 a.m. Saturday, beating 3.61 million attendance of "Escape from Mogadishu" to become this year's most-watched film in the country.

The blockbuster surpassed the 4 million-mark in just 11 days after its premiere here, the fastest pace in the pandemic era, and outmatched that of "Deliver Us From Evil," which topped 4 million attendance in 18 days last year.

Since its release on Dec. 15, Marvel Studios' latest Spider-Man series has been breaking pandemic-era records in South Korea, including the best opening-day score of 640,000. 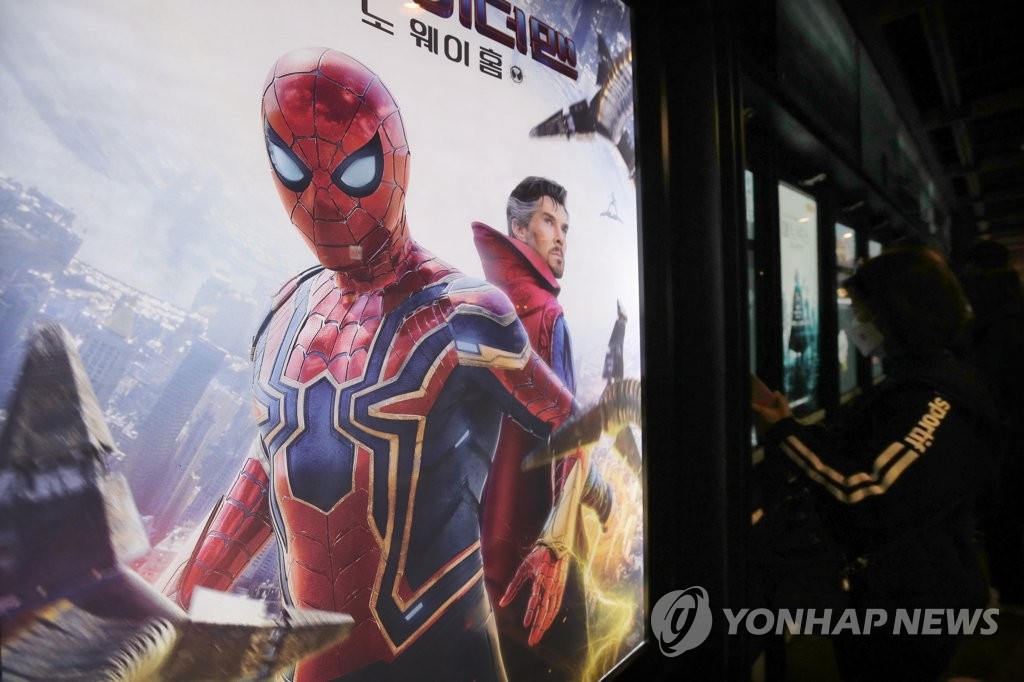 'Spider-Man' becomes No. 1 hit movie of the year in S. Korea

'Spider-Man' becomes No. 1 hit movie of the year in S. Korea