SEOUL, Dec. 25 (Yonhap) -- Yang Byeong-jip, a first-generation South Korean folk singer best known for his renowned adaptations of Bob Dylan songs, has died, according to industry sources on Saturday. He was 70.

Yang, whose real name is Yang Joon-jip, was found dead at his residence in Seoul's Yongsan district on Friday, according to people with knowledge of the matter. One of his acquaintances had called police after Yang did not show up at a cafe where he was going to meet his friend.

The exact cause of his death was not immediately known.

Yang won a folk music contest in 1972 with his adaptation of Bob Dylan's "Don't think twice it's all right," which was later sung by many other singers of younger generations, including late folk legend Kim Kwang-seok. Yang debuted with his first album in 1974.

Yang was often billed as one of the folk trio who sang protest songs during the 1970s under the authoritarian rule of President Park Chung-hee, along with folk singer and playwright Kim Min-ki and folk rock singer Han Dae-soo. 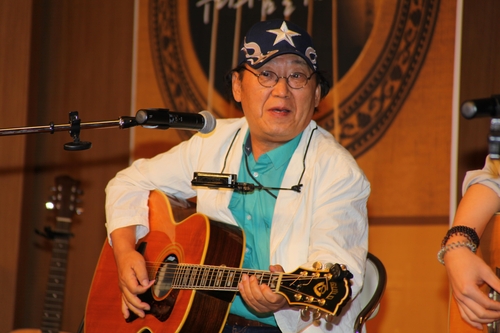