SEOUL, Dec. 26 (Yonhap) -- The wife of Yoon Suk-yeol, presidential candidate of South Korea's main opposition party, apologized Sunday over allegations of past misdeeds that have continued to plague Yoon's campaign for the March 9 election.

Kim Keon-hee, wife of Yoon who is running in the election as candidate of the People Power Party, has faced allegations that she falsified her credentials when applying for teaching positions at two local universities in 2007 and 2013.

"I shouldn't have done it. In retrospect, it was too shameful," she said during a televised press conference. "All was my fault and carelessness. Please forgive me." 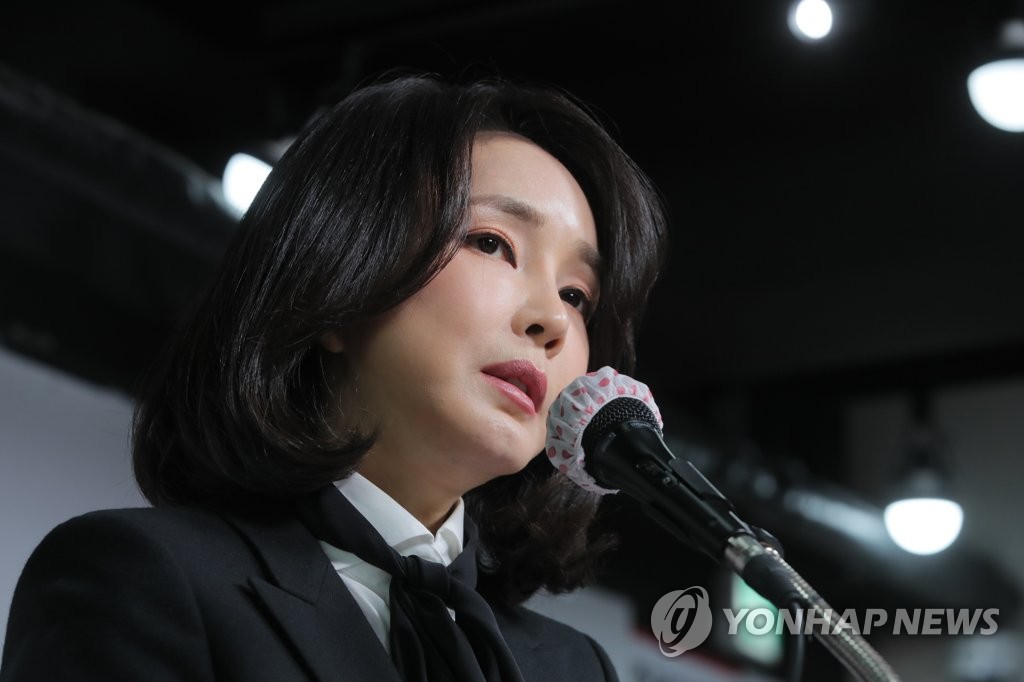 Commenting on allegations of the false claims on her resumes, Kim said her credentials were exaggerated with some mistakenly written.

She also said she would have a time for "calm" self-reflection, and that should Yoon be elected president, she would focus on "faithfully playing a role as his wife."

"It is heart-rending to face the reality that my husband is being criticized because of me," she said. "I will deeply reflect on my past faults and be careful not to fall short of public expectations."

Kim's move came as Yoon's approval ratings have been on a notable decline in recent weeks, with multiple opinion polls showing that he is in a tight race with Lee Jae-myung of the ruling Democratic Party.

The resume she sent to Suwon Women's University in 2007 allegedly included false claims that she served as a director for the Korea Association of Game Industry for three years starting in 2002, when in fact the association was established in 2004, and that she won the grand prize at the Seoul International Cartoon & Animation Festival in 2004.

On a resume sent to Anyang University in 2013, she allegedly lied about having won the top prize in the animation category of the 2004 Korea Content Awards.

In a statement on Dec. 17, Yoon himself apologized to the public for "causing concerns" over the controversy surrounding his wife.
(END)