They will become the group's first performances in Japan since 2019, when it performed in seven big cities in the country as part of a world tour, according to JYP Entertainment.

The new world tour titled "III" began with two concerts in Seoul, on Saturday and Sunday, which were the first in-person concerts by the group in 22 months.

With tickets for the U.S. concerts all sold out, the nine-piece group plans to announce additional stops for the tour, the agency said. 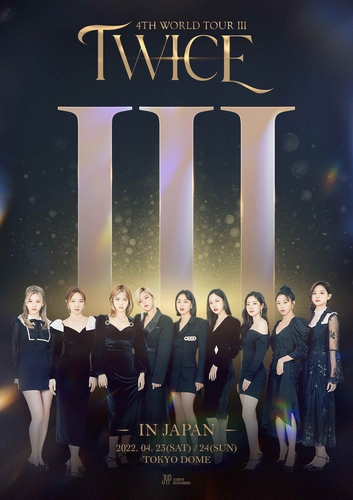 TWICE to perform at Tokyo Dome in April

TWICE to perform at Tokyo Dome in April