SEOUL, Dec. 27 (Yonhap) -- South Korea's exports to the so-called New Southern and Northern regions are likely to touch all-time highs in 2021 on Seoul's efforts to deepen economic ties with those regions, the trade ministry said Monday.

Seoul's overseas shipments to the New Southern Region -- the Association of Southeast Asian Nations (ASEAN) and India -- reached US$111.9 billion in the first 11 months of this year, according to the Ministry of Trade, Industry and Energy.

The sharp rise comes as Seoul has been ramping up efforts to expand economic cooperation with those countries for the past four years in a bid to broaden its overseas markets. 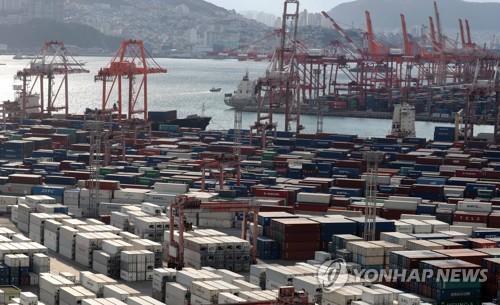 The ministry also predicted South Korea's exports to the New Northern region -- Central Asia and Russia -- would reach a new all-time high this year, given the current pace.

In the January-November period, Seoul's exports to the region exceeded $12.6 billion. Shipments to those countries, which amounted to a mere $7.2 billion in 2016, almost doubled to $13.8 billion in 2019.

According to the ministry, South Korean shipbuilders garnered orders to build vessels worth $11.3 billion between 2016 and 2020, and South Korean and Russian firms have agreed to cooperate in the automotive sector.

In addition, Seoul is seeking to sign accords on investment and service while making efforts to establish a trade pact with Uzbekistan.
(END)