The government earlier said that it had begun the process to join the Comprehensive and Progressive Agreement for Trans-Pacific Partnership (CPTPP) involving 11 nations as part of efforts to diversify its export portfolio.

Finance Minister Hong Nam-ki said in a meeting with other export and trade-related officials that a task force composed of relevant ministries will discuss countermeasures to handle the impact of joining the CPTPP and contact its member countries, while pushing to submit an official application to accede to the trade agreement in the middle of April. 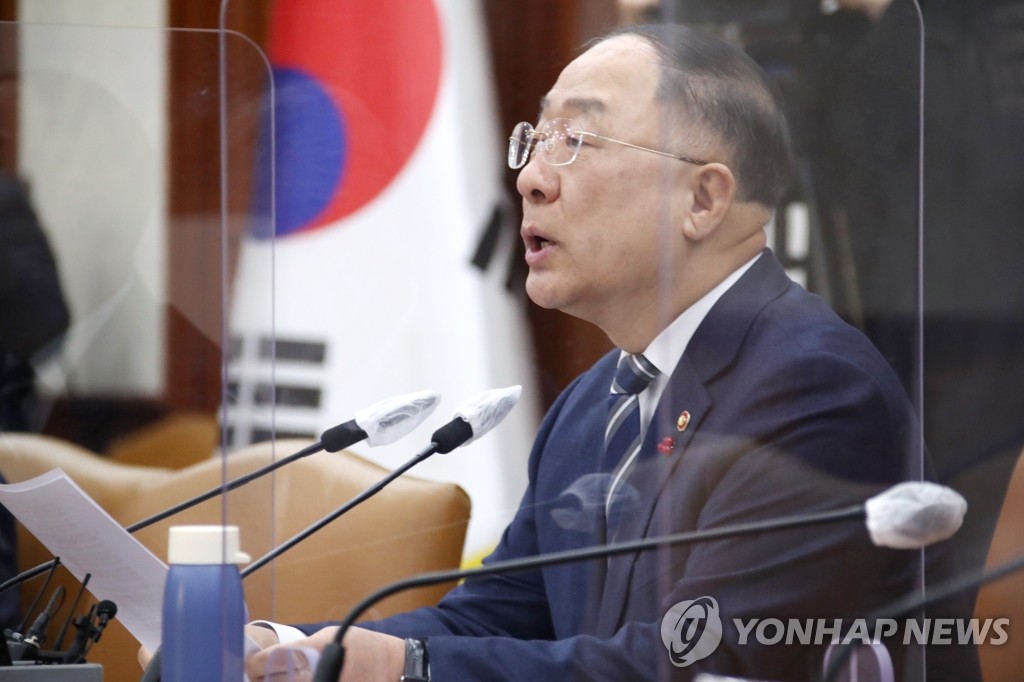 The timeline appears to be in line with Hong's earlier remark that the government aims to submit the application before President Moon Jae-in's five-year term ends in May next year.

At Monday's meeting, Hong also designated 200 strategically important items that will be subject to strict state monitoring to ensure their stable supplies.

They are part of 4,000 items that the government earlier vowed to closely monitor amid growing risks stemming from global supply disruptions of key materials.

The government also launched an early warning system to monitor the flow of those items, including magnesium, tungsten, neodymium and lithium hydroxide.

Of them, Hong said that the government will complete measures, in particular, to ensure the stable supply of 20 items, including magnesium and other key industrial materials, before the end of this year.