(ATTN; UPDATES with more info throughout)
By Kim Han-joo

Paxlovid is the antiviral pill for the treatment of mild to moderate COVID-19 in patients at increased risk of hospitalization or death, according to Pfizer and the Ministry of Food and Drug Safety. 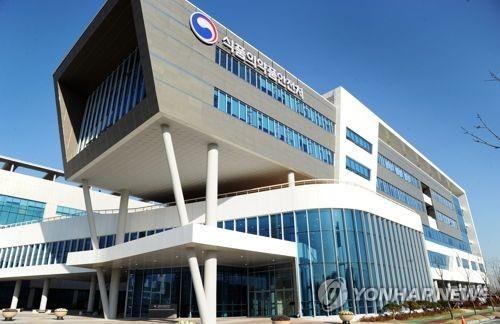 The ministry convened a panel of experts from both inside and outside to review the safety and efficacy of Paxlovid, and concluded that the oral pill is needed to deal with the public health crisis.

The drug is a protease inhibitor antiviral therapy that is specifically designed to be administered orally so that it can be prescribed at the first sign of infection or at first awareness of an exposure.

The ministry said trial results showed Paxlovid reduces the risk of hospitalization or death in patients at high risk of severe illness by 88 percent.

Side effects, including impaired sense of taste, diarrhea, high blood pressure and muscle aches, have been reported but most have very little impact on safety.

The pill will be prescribed to use in adults and pediatric patients 12 years of age and older who are at high risk for progression to severe cases.

Paxlovid should be initiated as soon as possible after diagnosis of COVID-19 within five days, and will be prescribed for twice a day for five days.

The ministry forecasts Paxlovid to be effective against the omicron variant.

Later in the day, health authorities said they have signed a pre-purchase contract with Pfizer to buy Paxlovid for 362,000 patients, which will be adopted as early as mid-January.

Last week, the U.S. Food and Drug Administration granted an Emergency Use Authorization approval of Paxlovid.

Currently, Remdesivir, which is developed by Gilead Sciences Inc., is used to treat critically ill COVID-19 patients in South Korea.

Both Remdesivir and Rekirona take the form of an intravenous injection.