Their employment rate stood at 65.1 percent last year, the lowest since the education ministry started compiling such data in 2011, according to its statistics.

According to the statistics, 553,521 people graduated from colleges and graduate schools across the country between August 2019 and February 2020.

By employment type, 284,359 were employed at workplaces providing national health care benefits, 18,139 were freelancers, 5,317 opened their own businesses and 1,131 found jobs overseas.

"Due to economic uncertainties stemming from the global COVID-19 pandemic, it was difficult for youths to find jobs overseas or start businesses," the ministry said. 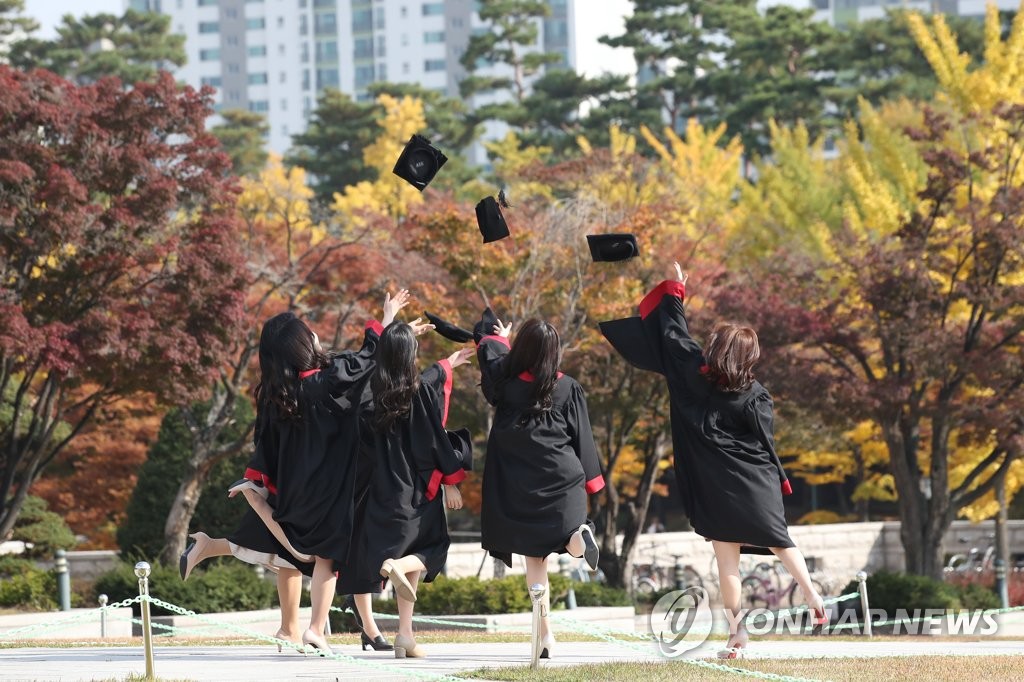 According to the statistics, the employment rate was higher among those who finished graduate schools at 80.2 percent than those with undergraduate degrees at 61 percent.

The employment rate fell in all academic areas, with the liberal arts, natural sciences, social studies, arts and sports, and engineering sciences hit harder with a drop of over 2 percentage points.

The biggest share of the employed, or 48.3 percent, worked at small and midsized companies, and 17.4 percent at nonprofit organizations.

Another 10.1 percent were employed at the central and local governments, 8.5 percent at conglomerates, 7.4 percent at middle market enterprises and 4.9 percent at public institutions or firms. 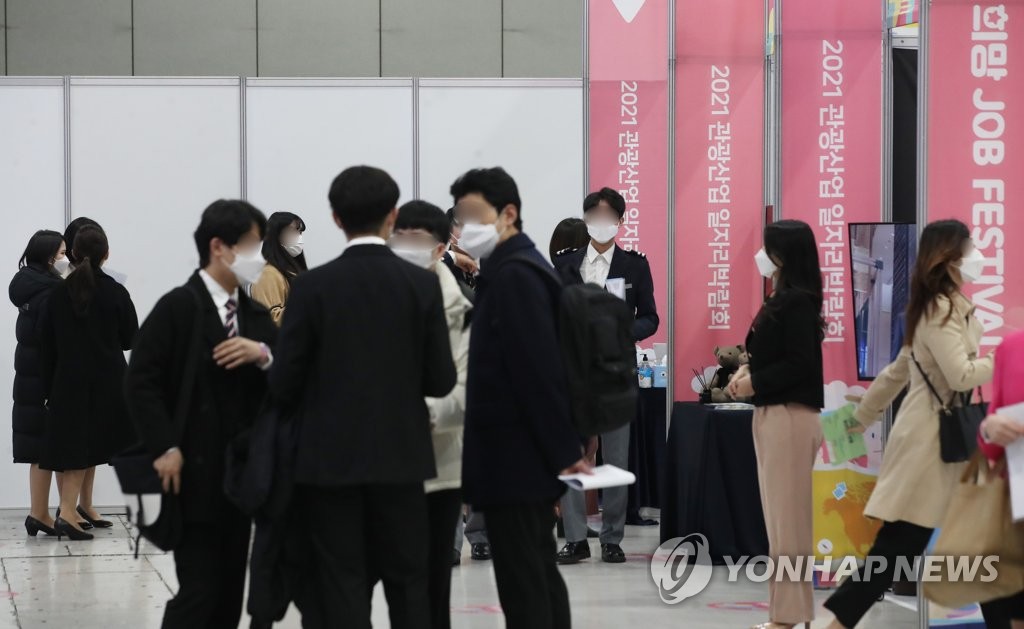