The latest case was reported at the farm raising about 10,000 ducks in Busan, 280 kilometers south of Seoul, according to the ministry.

There is no poultry farm within one kilometer of the farm in question.

Health authorities have cordoned off the site and taken other precautionary measures to prevent the potential spread of the disease outside the farm, the authorities said.

Highly pathogenic avian influenza is very contagious among birds and can cause severe illness and even death, especially in domestic poultry.

The country has been reporting a slew of bird flu cases since November this year. 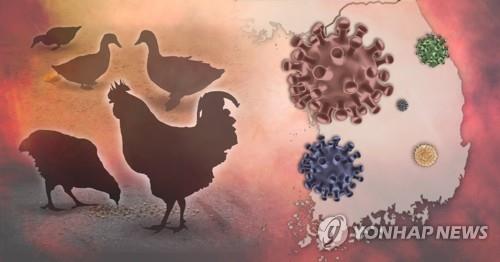