SEOUL, Dec. 28 (Yonhap) -- Ranging from the 2001 smash-hit "My Sassy Girl" to "The Classic," director Kwak Jae-yong made a name for himself as a master of romance genre films throughout the 2000s.

He is smart enough to mix the tried and true of easy humor and a touch of emotion.

The upcoming rom-com "A Year-End Medley" is Kwak's new crowd-pleasing and heartwarming work for the Christmas season, when people usually experience emotional confusion before saying good-bye to the familiar and hello to the unfamiliar at the same time. 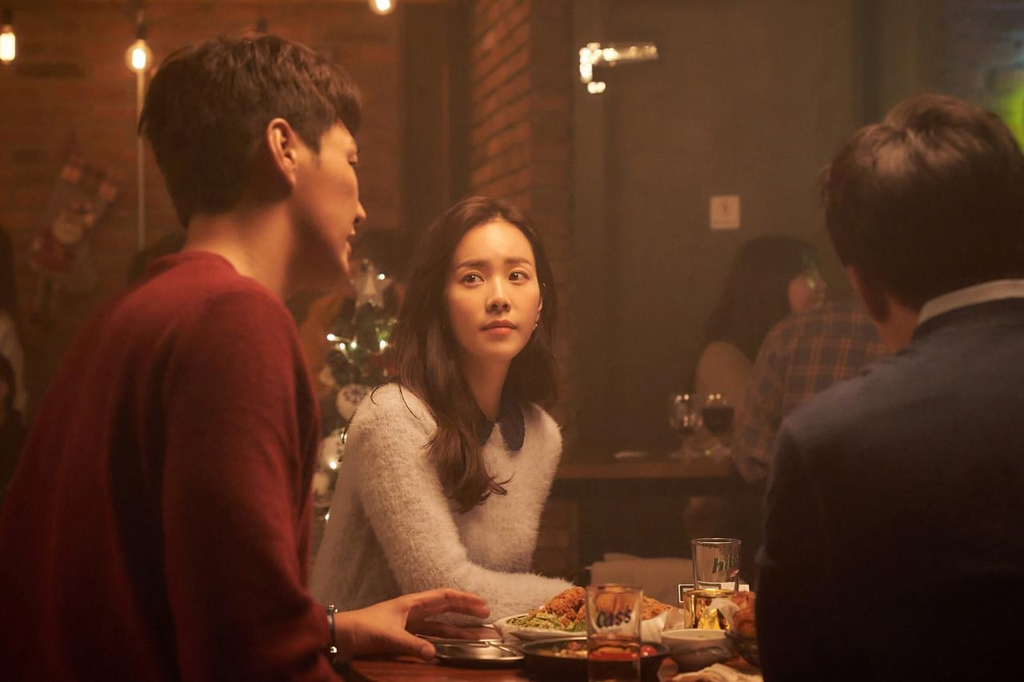 Covering about a one-week period leading up to the last day of 2021, the film joins together seven stories of first love, unrequited love, senior romance and bromance at Hotel Emross, where many people visit or stay to celebrate the holiday period in their own way.

So-jin (Han Ji-min), a manager of the hotel, is a connecting thread of sorts. She has hesitated to confess her romantic feelings to her friend Seung-hyo (Kim Young-kwang) for about 15 years.

One day, she finally loses her chance as Seung-hyo introduces his girlfriend Young-ju (Ko Sung-hee) and asks So-jin to help him prepare the wedding at the hotel.

At the entrance of the hotel, Catharine (Lee Hye-young) runs into her past lover Sang-kyu (Jung Jin-young), a doorman of the hotel, for the first time in 40 years. She comes back to her motherland from Australia to participate in her daughter's wedding ceremony. 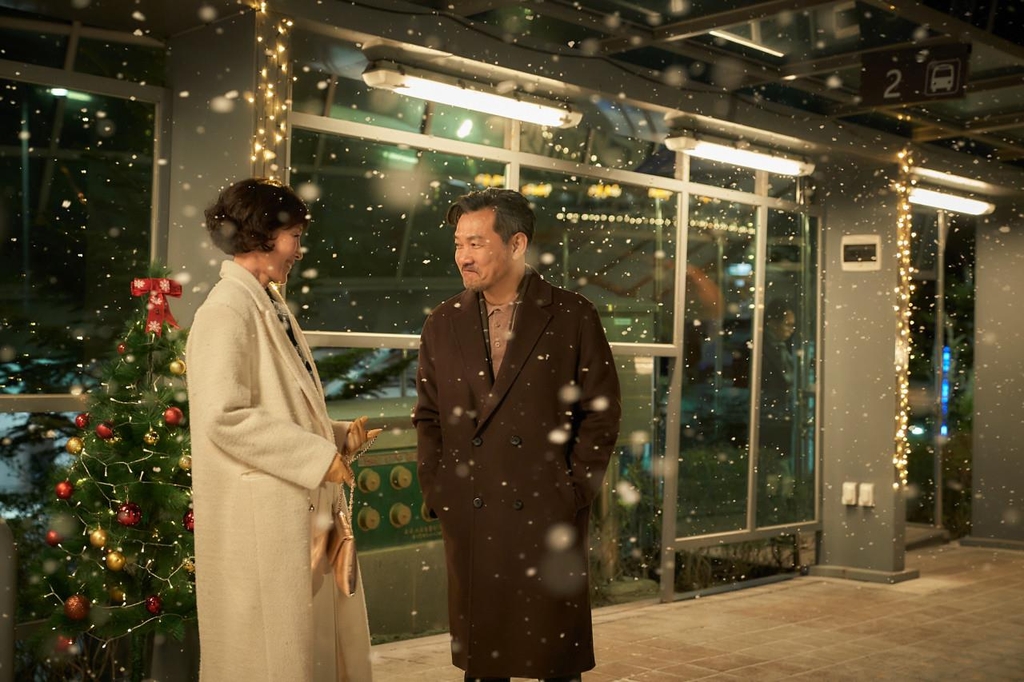 Yong-jin (Lee Dong-wook), CEO of Hotel Emross, falls in love with Yi-young (Won Jin-a), a hotel maid, as he checks into the hotel due to a temporary heating problem at home.

Jae-yong (Kang Ha-neul) is closely watched by hotel employees as he shows some signs he maybe considering ending his life after failing to get jobs for years. Soo-yeon (Lim Yoon-a), working on the customer satisfaction team, comforts Jae-yong through a routine morning call service.

Star singer Yi-kang (Seo Kang-jun) and his manager Sang-hoon (Lee Kwang-soo) recall their past when the duo struggled to survive in show biz but emerged on top as their management contract is set to expire.

Se-jik, So-jin's teenage brother who has supported his sister's 15-year one-sided love, starts his own love with his schoolmate Ah-young (Won Ji-an).

Meanwhile, Jin-ho (Lee Jin-wook) is a good-looking wealthy doctor who visits a luxury restaurant at Hotel Emross for a blind date every weekend. His frequent visits and turndowns by women are a matter of interest among hotel employees, including So-jin. 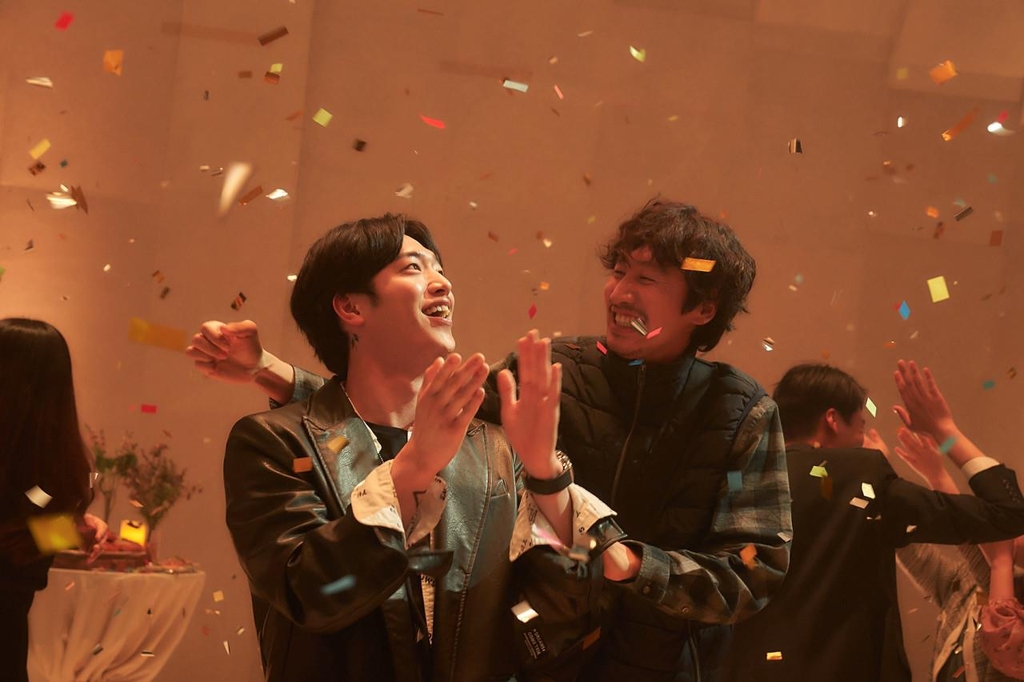 With all these disparate subplots rolled together and glued with easy witty verve and light-heartedness, "A Year-End Medley" finally snowballs into an avalanche of good feeling and comfort.

Many audiences may not mind accepting the film's conspicuous flaws of weak balance among characters and palpable, cliche love stories. The ensemble of its all-star cast creates a warm glow and offers moments of tenderness with timely humor, leading the narrative to the end of the movie.

In particular, actress Han Ji-min displays her charm and attraction to broaden the film's appeal, while comical performances by Kang Ha-neul and Lee Kwang-soo are indispensable.

"A Year-End Medley" might be the best fit for those who seek comfort and hope after suffering during the pandemic and other financial and social burdens this year.

The movie will be released simultaneously in theaters and via Tving on Wednesday. 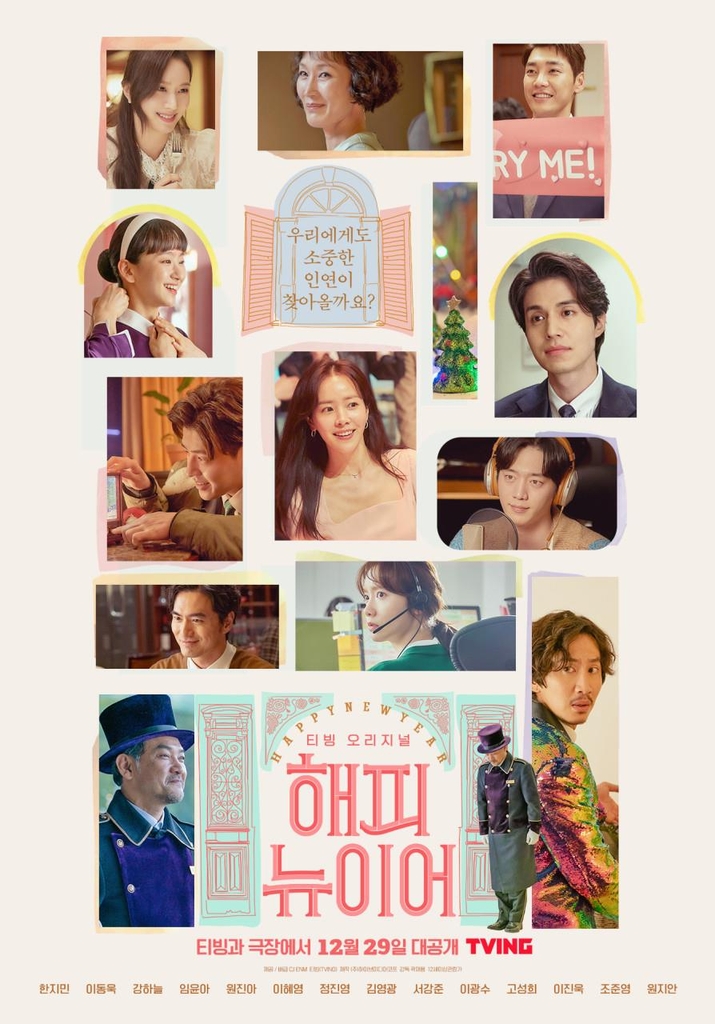