SEOUL, Dec. 28 (Yonhap) -- Main opposition presidential candidate Yoon Suk-yeol said Tuesday he feels sorry for former President Park Geun-hye over a corruption probe he conducted as a senior prosecutor a few years ago that eventually led to her impeachment.

"Even though the investigation of former President Park was my job as a public official, I feel truly sorry politically and emotionally as a human being," Yoon of the main opposition People Power Party (PPP) said during a discussion hosted by the Korea Broadcasting Journalists Club in Seoul.

Yoon's remark comes after the government's decision to grant a pardon to Park over her deteriorating health last week. She has been serving a 22-year prison term since 2017 on conviction of a series of corruption charges.

Her pardon, which will be enforced Friday, is widely expected to have a significant impact on the March 9 presidential election as she has commanded support from conservatives, especially in Daegu and North Gyeongsang Province, a stronghold of the PPP.

It also puts Yoon in an awkward position as he headed the investigation of Park's influence-peddling scandal in 2016. Political analysts say that Park's release could divide the PPP supporters ahead of the March 9 election. 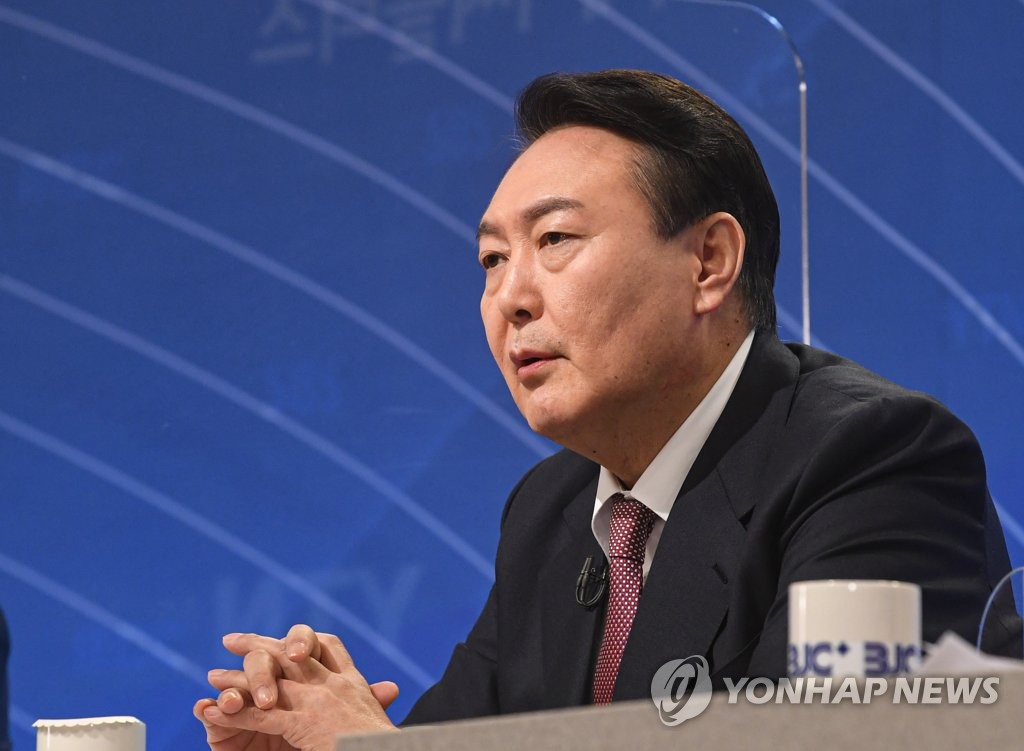 Asked whether he would meet Park in the future, Yoon said he just wishes her a quick health recovery at this moment.

Regarding his wife's public apology over falsified resumes in the past, Yoon said he knows that her apology is not enough, but emphasized that it was done with sincerity.

Yoon's wife, Kim Keon-hee, has faced allegations that she falsified her credentials when applying for teaching positions at local universities in 2007 and 2013.

Yoon also said he does not oppose having a third-party institution verify Kim's master's degree papers over allegations of plagiarism.

He added he has no plan to force his wife to join his campaigning activity publicly, saying the matter is up to his wife.

About internal disputes of the campaign, Yoon called for carefulness when officials express their opinions. PPP Chairman Lee Jun-seok recently quit his campaign position following a row with senior officials close to Yoon.

"With the election around the corner, I hope they can clearly distinguish things that can be spoken publicly and discussed behind closed doors," he said.